Breaking News
Home / Faith / The Battle Belongs to the Lord 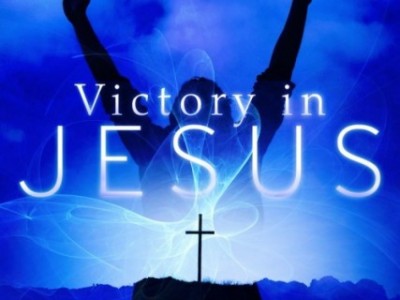 The Battle Belongs to the Lord

As Christians we will experience times of difficulty. There is a real battle going on in the spiritual realm. We cannot see this battle with our physical eyes, but we can discern with our spirit that something is amiss. For we do not wrestle against flesh and blood, but against the rulers, against the authorities, against the cosmic powers over this present darkness, against the spiritual forces of evil in the heavenly places. Ephesians 6:12

Have you ever had one of those days, weeks, or even months where it seemed like everything was against you? Everyone is going on with their lives, but you feel a force pulling you down. It feels like a pit that you cannot pull yourself out of. Things seems harder, your thought life is disturbing, and you feel like giving up. Your weaknesses are exposed, and others are attacking you verbally. Then he said to me, “This is the word of the Lord to Zerubbabel: Not by might, nor by power, but by my Spirit, says the Lord of hosts.” Zechariah 4:6

Where does all this spiritual warfare come from? Could it be you are making a stand for truth, not giving into compromise, serving God, have unconfessed sin, or maybe just being a Christian? If we are making an impact for the Kingdom of God, you can bet there will be opposition from the kingdom of darkness.

There are times that after we have prayed, we do not see immediate deliverance, we must then allow The Lord to battle for us; and we remain waiting in confidence for assured victory. During these periods of waiting for victory, do not react in frustration, or speak out what you feel. Be careful not to give into the enemy’s scheme to make you believe the warfare will never end.

How do we let God fight for us?

Submit to God. Resist the devil and he will flee from you.

When Christ returns, the devil will be eliminated forever (Revelation 20:10-15). Satan is here now however, and he us trying to win us over to his cause. With the Holy Spirit’s power, we can resist the devil, and he will flee from us.

And he said, “Listen, all Judah and inhabitants of Jerusalem and King Jehoshaphat: Thus says the Lord to you, “Do not be afraid and do not be dismayed at this great horde, for the battle is not yours but God’s.”

We may not be fighting an enemy army like Judah was, but we fight an everyday battle of temptation, pressure, and the “rulers of darkness” who want us to rebel against God. As believers, we have God’s spirit in us. If we ask for God’s help as we face struggles, God will fight for us.

When you have been under attack by the enemy’s cohorts use the acronym PRAY:

Praise God and be raised.

Resist the enemy at his onset and submit to God.

Yield to God and allow Him to reveal His wisdom.

Stephanie has a heart and passion to see broken lives restored and redeemed through Jesus Christ. She writes through her personal experiences and her educational and professional background. She has over 17 years experience in counseling, and has a Master's degree in Social Work, Bachelor's degree in Psychology, and is a Licensed Belief Therapist. Stephanie has been married for 16 years,and has one grown son. Stephanie's desire through her writings is to bring hope and encouragement to the body of Christ, that no matter what you have been though or going through, there is restoration and redemption through Jesus Christ.
@Stephrreck
Previous A Pineful Perspective
Next How our Prayers Affect the Spiritual World