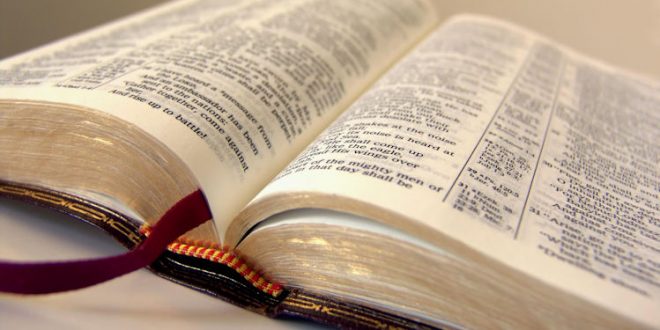 The Bible: Fiction or Non-fiction

If you don’t take the Bible seriously, and literally, you may as well not even read it. Just put it on your bookshelf with all your other books and leave it there. Really! The sad truth is that many people do not take it literally, but the evidence points to the contrary.

Let’s begin by citing a principle put forth by Dr. David L. Cooper, founder of the Biblical Research Society. “When the plain sense of scripture makes common sense, seek no other sense; therefore take every word at its primary, ordinary, usual, literal meaning, unless the facts of the immediate context, studied in the light of related passages, and axiomatic and fundamental truth, indicate otherwise.” Axiomatic means self-evident or unquestionable.

In the New Testament the Gospel accounts are supported by people living at that time. If it were not true what Matthew, Mark, Luke, and John, wrote,  it would have been hotly disputed. Jesus made claims about himself recorded in the Gospels that went uncontested. He proved that he was and is God in human flesh by his resurrection from the dead. No one has ever been able to explain the empty tomb guarded by dozens of Roman soldiers and with a sealed bolder at its entrance, impossible for any human to remove.  This means that all of the other miracles that Jesus performed can also be taken literally. He did walk on water. He did feed 5,000 people with two loaves and fishes, and he did turn water into wine. While it is true that there is symbolism, like in Revelation, and figures of speech, allegories, etc., scattered throughout scripture, other than that it is all literal. Therefore, no other sense should be sought.

Why do some not want to take the Bible literally? Perhaps it is because it talks a lot about accountability to a Creator, and judgment. It speaks of the depraved condition of human nature. Maybe it is due to it mentioning a great Tribulation Period that will eventually befall the earth. People cannot live anyway they want to without incurring the discipline or judgment of God.

For Christians who take the Bible literally (and not all so-called Christians do), it is a very exciting time to live. We are witnessing prophecies being fulfilled before our very eyes. We understand why the world conditions are the way they are. We know the grand scheme of what is going to happen in the future. Christians have a blessed hope of eternal life in heaven with God, based on the authority of scripture, for those who put their faith and trust in Jesus Christ as their only Savior.

The Bible has a life-changing message of forgiveness and grace. This is proven by millions of people down through history who have seen their lives transformed by accepting Jesus who died for their sins and rose from the grave, resulting in the assurance of eternal salvation. The story of God’s redemption of the evilness and corruptness of humanity is all through scripture.

However, because all of the prophecies have been literally fulfilled so far, we can expect the rest to be also. This includes all of the judgments in the Book of Revelation. Even the events listed in Revelation can happen literally through God’s supernatural power and intervention.

Except for where the context indicates otherwise, there is no other option than taking the Bible for exactly what it says!

II Timothy 3:16 says, “All scripture is inspired by God and profitable for teaching, for reproof, for correction, for training in righteousness.”

How about you? Do you consider the Bible as only fiction, or do you view it as non-fiction, warning of judgment, but offering a life-changing message of grace and hope?

John Livingston Clark is 67 years of age and lives in central Washington State. He has written two published books, and two published poems. His initial book is called, " God's Healing Hope: Breaking the Strongholds of Wrong Thinking." His second book, released in December of 2016, is a motivational book written to seniors titled, " Seniors: Are You Retiring or Recharging?" Both books are available on amazon. You can also view his writings on www.faithwriters.com. John is available to speak on a variety of topics. Visit me at jclarkministries.com
Previous Don’t Be a “Go-Backer”
Next When God Solves Our Mysteries