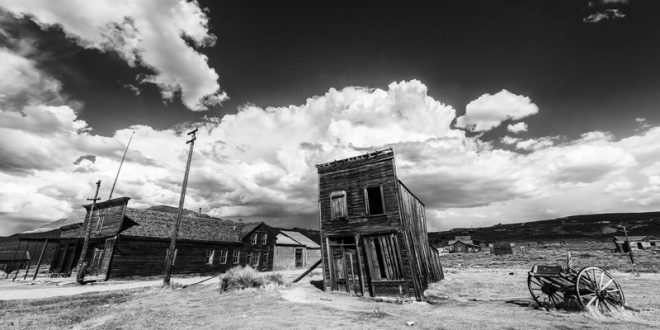 The lure of finding gold in Colorado seemed worth the gamble in 1859, as many men struggled to make ends meet in a down economy. Pulling up stakes and spending six months’ income to purchase a team of oxen, risking disease and possible attacks, was outweighed by the strong pull of riches. On some days that spring up to 100 wagon teams could be seen heading west with the rising of the sun.

There were rich discoveries waiting in those Colorado mines, too. Some would find success and put down roots in the shadows of the Rocky Mountains. But for every success story during that springtime of 1859, there were dozens of failures. By May of that year, Denver’s population had already dropped by two-thirds. These men were known as “go-backers,” retreating in the face of hardships rather than continuing on to find the valuable mineral that had lured them west in the first place.

One man who bravely forged ahead with his eye on the unseen prize hidden in the earth was John H. Gregory, a southerner who found gold veins in an area later named Gregory Gulch. After being driven back by a blizzard and nearly losing his life, he returned to the area and began panning. In a short time, he had panned $1,000 worth of gold in just one day’s work. He left three years later with his fortune in hand and a legacy of his written rules that would eventually become law in the gold mining industry. John H. Gregory was not a “go-backer.”

The Psalmist writes of a more precious treasure that can never be destroyed or stolen away from those who attain it when they hold it dear and prize it above all else:

The law from your mouth is more precious to me than thousands of pieces of silver and gold. Psalm 119:72

God’s Law is like a treasure to be sought, and it is worth whatever we may have to give up in order to have it, as many through the centuries have shown by giving their lives for it. Sadly, others have rejected God’s way when adversity came through persecution or rejection, finding it easier to go back rather than to obey or declare the truth.  When it comes to the treasure of God’s Word, don’t be a “go-backer!”

My husband Dan and I have three children and three grandchildren. We live in central Illinois. I am a graduate of The Institute of Children's Literature, a member of faithwriters.com, and a member of SCBWI. My writings have been published at chirstiandevotions.us, in DevotionMagazine, the PrairieWind Newsletter, and here at thebottomline.co.
Previous When Heaven is Revealed
Next The Bible: Fiction or Non-fiction