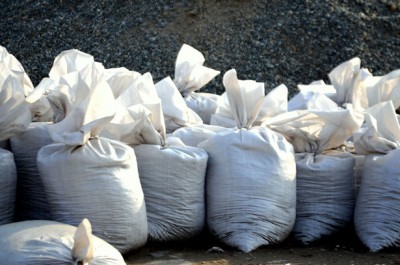 The Burden Buffet–Would You Trade Your Burden?

Even now, Helen is burdened down with the cares of this life. See that bag she is carrying? That’s her burden bag, and it’s full. Not full because of one major burden but rather filled to the brim with a multitude of little burdens. While the cares of her life may seem small individually, when all those “little things” seem to happen at the same time, the weight can be unbearable.

Fortunately for Helen, all of that is about to change. Helen is making her very first trip to the Burden Buffet. She’s heard of it, but this will be her first opportunity to take part in a burden swap. The process is fairly simple. You take your burden bag into the tent and place it on one of the many tables. Then, you may look through all the other burden bags that line the tables inside the tent and choose which one you would like to take back out with you. In short, you bring one bag of burdens in, but you must also leave with a bag of burdens. No one is allowed to leave empty handed.

No problem, Helen thought as she entered through the door of the tent and immediately laid down her heavy bag of burdens on the nearest table. I will gladly exchange this load of burdens for something else. But as Helen browsed through the variety of burden bags, she grew less confident that she could find something that she would want to carry out with her. For while some of the bags contained only one burden, the burden was so enormous and grotesque that Helen immediately shied away from it. Table after table, Helen looked through the bags, searching for just the right exchange.

Some of the bags held a few of the very same burdens that Helen’s bag contained, but they were intermingled with other burdens that left Helen breathless and anxious. Cancer. Drug abuse. Failed marriage. Severe depression. Mother of a murdered child. Homeless. Starving. Lost. As Helen neared the last table, she was in tears. So many burdens. So many heartaches. To think that all of these burdens belonged to other individuals who were, like her, just trying to make it through this life, and hoping to make a difference in the life of someone else. She had been so wrapped up in her own grief and suffering that she had failed to notice how much those around her were hurting.

After searching through the last bag of burdens, Helen knew it was time for her to choose. Which of these burdens would she exchange for her own? Which bag would she leave with? Helen went through a mental inventory of all that she had seen during her time inside the tent, then closed her eyes and took a deep breath. With her shoulders back and a smile on her face, Helen walked to the table closest to the door, picked up her original bag of burdens and walked out. After seeing the loads that others were having to carry, Helen realized that perhaps her bag wasn’t quite as heavy as she thought. So she embarked on a journey of thanksgiving, praising God for sparing her the other heartaches that she had witnessed at the Burden Buffet and for giving her the strength to carry her present load.

And he said unto me, My grace is sufficient for thee: for my strength is made perfect in weakness. Most gladly therefore will I rather glory in my infirmities, that the power of Christ may rest upon me. Therefore I take pleasure in infirmities, in reproaches, in necessities, in persecutions, in distresses for Christ’s sake: for when I am weak, then am I strong. — II Corinthians 12:9-10

What burdens are you carrying today?  Would you willingly exchange them for the burdens of another?

Dana is a full-time Christian author and speaker residing in Greenville, SC with her husband and two dogs. In fulfilling her call to evangelize the lost and edify the saints, Dana spends her days writing devotions, devotional books and books for children, as well as recording podcasts on various Biblical topics. She serves in many capacities at her local church, including the roles of church pianist and ladies' Sunday School teacher. Dana has a passion for souls and longs to be used of God in whatever way He deems necessary. When not writing or serving at church, Dana can most likely be found reading or hiking a nearby trail.
Previous 4 Surefire Ways to Overcome Gym-timidation
Next Our Hope: The Choices We Make