Breaking News
Home / Faith / The Connection between Worship and Warfare 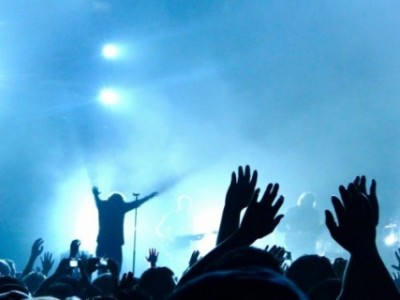 The Connection between Worship and Warfare

Did you know that there is a connection between worship and warfare? Our battle is not against flesh and blood; and since our battle is spiritual, our weapons are spiritual. I wrote previously that peace is an unlikely spiritual weapon. In the same way, there is hidden power in thanksgiving, praise, and worship that we can sometimes neglect to see.

“Let the saints be joyful in glory;
Let them sing aloud on their beds.
Let the high praises of God be in their mouth,
And a two-edged sword in their hand.”
-Psalm 149:5-6

The picture is of worshiping warriors, with praise in their mouths and swords in their hands.

Some people tend to believe that worship and intimacy with God are somehow opposed to spiritual warfare. I have heard some say that they want to focus on being a worshipper and let other believers focus on spiritual warfare. But the two should not be separated; in fact they go hand-in-hand.

David is a great example of the connection between worship and warfare. If anyone was a worshipper, David was. And if anyone was a warrior, David was. He wrote songs to God, played the harp, and loved to be in the presence of God. Yet he defeated Goliath, led Israel in victory, and slew the enemy nations that came against them. David shows us that worship and warfare are not opposed to each other, but are actually connected.

For David, warfare was primarily against people; nations that tried to invade and destroy God’s people. But through David we also get a glimpse into how worship impacts the spiritual battle that we are in. Do you remember when King Saul was being tormented by an evil spirit? David would play on his harp, and the demon would stop tormenting Saul (see 1 Samuel 16:23).

I believe that as we give sincere worship to God—both in our lifestyles and in our songs of praise—it is impacting the spiritual realm around us. Praise shifts the spiritual atmosphere and repels demons. Worship magnifies the Lord, releases His light, and dispels darkness. A byproduct of our worship to God is that it is a powerful weapon against the devil.

I encourage you to develop a lifestyle that worships God. Worship Him with your heart, attitudes, thoughts, words, and actions. And then as you sing songs to Him, offer Him thanks, and praise Him for who He is, your worship will not only draw you closer to the Lord, but will be a weapon of spiritual warfare that advances the kingdom of God!

Jake Kail is a teacher, author, and speaker who is passionate for the kingdom of God. He was called into ministry during his college years, after a life-changing encounter with God. The focus of his ministry is on teaching and equipping believers, strengthening local churches, and seeing awakening and restoration come to the church. He also ministers often in the area of deliverance from evil spirits, seeing people set free from bondage, torment, and oppression. Jake is the author of three books: Restoring the Ministry of Jesus, Can a Christian Have a Demon?, and Abiding in the Vine. He speaks at churches, retreats, conferences, and other venues. Jake lives with his wife and family in Lancaster, PA where he serves on the pastoral team at Threshold Church. Check out Jake’s website and blog here: http://www.jakekail.com.
Previous What Vincent Saw:The Painter’s Faith
Next Who is Right? Creationism vs Evolution: Part I