Breaking News
Home / Faith / Who is Right? Creationism vs Evolution: Part I 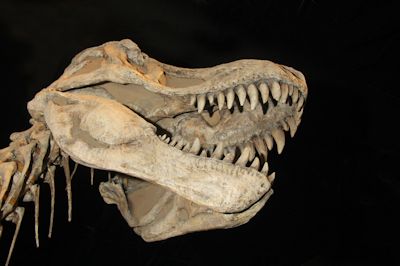 Who is Right? Creationism vs Evolution: Part I

We live in a world full of choices so it doesn’t take long to see that people have ideas on how we were created. Although humans have great physical and logical reasoning to what they believe to be the truth both creationism and evolution can’t both be true, can they?

This is a topic that should be important to everyone and most people shy away from talking about it because it involves evidence that you can’t always produce in the physical sense.

The idea of evolution has not been around all that long in comparison to creationism. Many scientists and other professionals on these subjects can provide some sort of evidence that point to support each argument. If you attended a public school, evolution is taught early in childhood to be the only truth as to how we humans came to be who we are today. Textbooks in the public education system do not take into any other belief other than what scientists believe logically happened. It is a belief that although does not have firm proof of evidence going back millions or billions of years, it simply is based on some evidence dating back a few thousands of years. Yet evolution is the only idea that is taught in a majority of public education schools. It is a belief that does not have solid evidence for what it claims. The following pages will point out the evidence and the gaping holes in the idea that evolution is an explanation of how we look, act, and behave today. Evolution and creationism are two different beliefs as to how life came to be as it is today, however, creationism is the only belief that explains not only how life now exists but also how life was created.

What exactly is evolution? According to Bio Logos, an online organization that attempts to connect Christianity and Science, the definition of evolution is the “biological model for the history of life on Earth”. If in fact evolution is true it still does not account for the creation of life. It attaches its ideas after life has been created. However, if life has already been created it is imperative to look at how life began and with what significance life was created in order to justify the rampant ideas of evolution. Evolution is the belief of how the earth began and how life was created and this belief is held by many people around the world who hope to explain where humans came from and why we look the way we do.

There are some individuals who do not want to pick one side of the debate of evolution versus creationism. Some of these individuals include BioLogos who encourage the connectivity between the Church and people in the science community and they clearly state that they believe that humans originated from a common ancestor many millions of years ago. Their statement echoes what some people believe who state a case for evolution instead of creationism.

This issue is almost as old as the earth itself as our natural inclination to ask questions about our history are sought out. The creationism versus evolution debate will continue but we must ask questions if we are to understand life and the reasons that God created us.

Sarah loves Jesus and is unashamed to tell the world about His truth and bold love! Her purpose is to encourage others to seek the truth as they pursue who they are in Christ. She is also a Mom and feels blessed to call Colorado her home.
Previous The Connection between Worship and Warfare
Next The Future is Here: The Class Of 2015