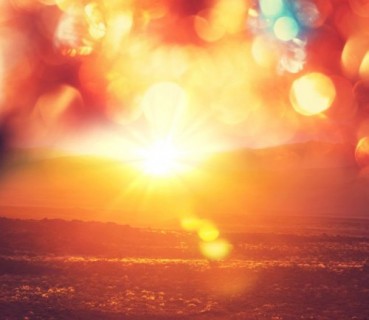 The Glory of God

So, whether you eat or drink, or whatever you do, do all to the glory of God. 1 Corinthians 10:31

Whatever we do let us bring glory to God, Who revealed His glory in the face of Christ. The Glory of God leaves a sweet aroma from faith to faith. The closer we grow to God His glory will dominate our spirits. The face of Jesus  in us reflects to the world and we leave a sweet aroma to those who are walking with Jesus. Those who are walking in the kingdom of darkness see hope in the glory of God reflecting from our spirits.

Let us therefore walk in love upon this earth that the glory of God will increase and become evident to every tongue, tribe and nation. The world will know the glory of God as we His church walk in the humility of the Holy Spirit and in the unity that the Father, Spirit and Son walk in.

The book of Acts records that the Apostles and the new church knew how to walk in the glory of God in Christ as they worshiped in one mind and spirit. The early disciples sold all their possessions and brought the proceeds to the apostles who distributed to those who had needs. The glory of God shown through the early church as signs and wonders followed the believers as they went from city to city and village to village; preaching the good news that Jesus had been resurrected from the dead by the power of the living God.

Moses, the man of God, walked in the glory of God when He led the children of Israel out of Egypt into the wilderness and gave them the commands of God during his 40 year ministry among them. He asked God to show him His glory. God answered Moses mightily, when He hid Moses in the cleft of the rock and shielded him with His hand as he passed by Moses who saw a glimpse of His glory.

Moses when he came down from the mountain reflected the glory of God as it shone through his face. Paul tells us that the glory revealed in Moses face was a glory that was temporal and under the Old Covenant (the law). The New Covenant which is based on the finished work of Christ reflects the glory of God which is more glorious.

How many people will you tell about the glory of God?

Greg is a born again believer who testifies to the absolute transforming power of God's word. Greg has been called to full time ministry and He has known Jesus for most of his life. Greg received his degree in Pastoral Ministries from what was formerly Bethany University in Santa Cruz,California. View Greg blogs on iwriteforjesus.com. Greg has a book published on " To Jesus Christ the High Priest of my confession: A personal Testimony." find it on http://www.amazon.com/Christ-Priest-Confession-Personal-Testimony/dp/1507706847/ His testimony in short form is published in "Trials and Triumphs II" on http://www.amazon.com/Trials-Triumphs-II-FaithWriters/dp/1498416012/. This book is filled with 50 inspirational testimonies and is a project of Faith Writers.
Previous Coping With Miscarriage
Next You Are Immortal, So Is Your Destiny, part II