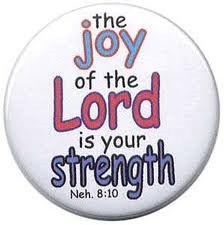 I am an avid supporter of Voice of the Martyrs (VOM), a Christian ministry dedicated to helping persecuted Christians around the world. I was particularly inspired by a recent article that I read in their August 2015 magazine. This is a story about a 13 year-old boy, Danjuma Shakara from Nigeria whose overcoming faith after being brutally attacked by Islamic militants is noteworthy.

Danjuma was attacked one morning in his Christian village. Islamic insurgents came to burn their homes and kill villagers who professed the Christian faith. Danjuma was not killed in this onslaught, but he was horrendously tortured. His left arm was hacked with a machete, his right eye was cut out, and his genitals were cut off. Danjuma’s terror is just one of the brutal occurrences that have happened to Nigerian Christians since 1999 when Islamic terrorists began their campaign to establish Islamic law and Islamic territory in the north. The insurgency has continued with the rise of the extremist group Boko Haram.

Danjuma is certain that God is still in control even after his attack that almost left him dead. He feels no anger but forgiveness towards all of his attackers.

Danjuma stated, “I forgive them because they don’t know what they are doing, and if they had love they would not behave that way.” He pities them for the condition of their hearts.

During this particular attack upon Danjuma’s village, 23 villagers died and 38 were injured.

Danjuma could allow bitterness, anger, and unforgiveness to affect him, but instead he focused on the one thing that they could not take from him-his joy in the Lord!

After the attack, Danjuma said, “my joy comes from the Lord, and my relationship with God has only grown stronger since this incident. I am certain that God still protects and guides me.”

Danjuma’s life has changed since this brutally. He is continually dependent upon receiving care from his widowed mother, but his smile and joy remain infectious to others.

Danjuma asks that if anyone should hear this story to please pray for him, for his broken heart, and strength to serve the Lord. He also hopes that any children who read his story will remember that Christ can get them through any trial, and if they find themselves in such a situation they should embrace God. They should believe that the God who created us knows everything about us. He encourages others to be faithful and kind.

God knows the reason I am supposed to be, so you should accept Jesus Christ as your personal Lord and Savior.

In this you greatly rejoice, though now for a little while, if need be, you have been grieved by various trials, that the genuineness of your faith, being much more precious than gold that perishes, though it is tested by fire, may be found to praise, honor, and glory at the revelation of Jesus Christ, whom not having seen you love. 1 Peter 1: 6-8

Does Danjuma’s story increase your faith? If so, why? Would you join me in praying for Danjuma as he has requested? Please leave your prayers for him under the comments and join countless others praying for this incredible boy.

Stephanie has a heart and passion to see broken lives restored and redeemed through Jesus Christ. She writes through her personal experiences and her educational and professional background. She has over 17 years experience in counseling, and has a Master's degree in Social Work, Bachelor's degree in Psychology, and is a Licensed Belief Therapist. Stephanie has been married for 16 years,and has one grown son. Stephanie's desire through her writings is to bring hope and encouragement to the body of Christ, that no matter what you have been though or going through, there is restoration and redemption through Jesus Christ.
@Stephrreck
Previous Suffering from Burn-out? Don’t Waste Your Perfume!
Next Beyond the Box: Biblically-Based Brainstorming Tips