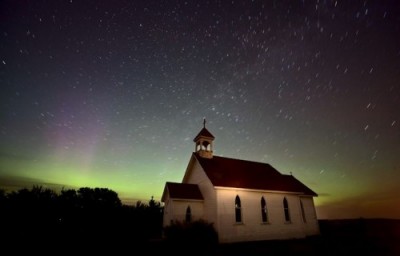 The Pole Shift of Planet Earth and God’s Creation

Planet Earth is in the news. Have you ever heard of pole shift? The magnetic field around our world is weakening in some places, an indication that magnetic north could become magnetic south. This is something that, according to scientists, has happened several other times in history.

The earth is surrounded by a magnetic field as high as 370,000 miles. It protects our planet from cosmic solar rays. The field is weakening 10 times faster than it has in the past, from five percent  every century to five percent every decade. The flipping of the poles would not occur any time soon, but according to satellites of the European Space Agency the process leading up to it is happening now.

Weak spots are being observed in the Western Hemisphere, and strong points in the southern Indian Ocean. Scientists do not have a definitive answer. They are speculating that the poles are getting ready to flip. Magnetic north is already moving toward Siberia. A webpage from Scientific American, dated July 9, 2014, reports that the process is intensifying. Earlier predictions have put the potential pole shift as happening in about another 2,000 years, but there is evidence that it is occurring more frequently and will take place a lot sooner. The planet is “overdue” for such an event (IFL Science, November 26. 2014).

If this were to happen, what would be the effects? It has the potential of shutting down power grids around the world and interfering with communication. Some experts have gone so far as to warn government officials of widespread global blackouts! There is also concern about adequate shielding from solar radiation and the migration of certain types of animals.

The Bible has something to say about Planet Earth and God’s hand over it. What I am about to point out is not intended to make a connection with prophecy or the end times scenario. It is interesting, however, that scripture says some things that parallel the effects of pole shift. Revelation 16:9-10 says that during the Tribulation Period people will be “scorched with fierce heat” and the kingdom of the beast will be “darkened.” Here we see fierce heat and darkness mentioned together.

Whatever happens, God is in control and His hand is over all the earth. Isaiah 66:1 paints an interesting word picture: “Heaven is my throne, and the earth is my footstool.” Then Job 26:7 adds to it. It says, “He stretches out the north over empty space, and hangs the earth on nothing.” God also sustains the earth as is stated in Colossians 1:16-17. “For by Him all things were created…And He is before all things, and in Him all things hold together.”

God is in control of the earth. He will not allow anything to happen not in accordance with His plan. If pole shift does occur it will be God’s doing. He is not subject to the laws of science. Scientists don’t have all of the answers, but God knows exactly what is going on.

What are your thoughts about pole shift?

John Livingston Clark is 67 years of age and lives in central Washington State. He has written two published books, and two published poems. His initial book is called, " God's Healing Hope: Breaking the Strongholds of Wrong Thinking." His second book, released in December of 2016, is a motivational book written to seniors titled, " Seniors: Are You Retiring or Recharging?" Both books are available on amazon. You can also view his writings on www.faithwriters.com. John is available to speak on a variety of topics. Visit me at jclarkministries.com
Previous The Politics of Evil
Next The Battle for Planet Earth