Breaking News
Home / Faith / The Resurrection of Jesus Christ: It Has Started 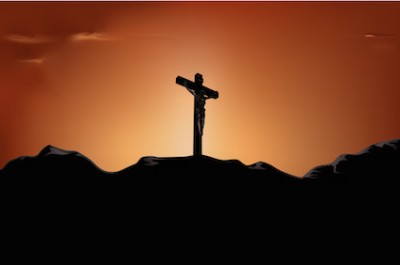 The Resurrection of Jesus Christ: It Has Started

“He was buried, and he was raised from the dead on the third day, just as the Scriptures said.” I Corinthians 15:4

He walked through the grave aglow with resurrection power. Three days before, He had bowed His head and declared, “It is finished.” Now, it had started.

What was finished? Just this: Jesus had defeated Death, Hell, and Sin.  The party in hell just ended. Unwittingly, Satan had made the biggest mistake of his miserable career. You see, he thought he had beaten God and He was now going to be the ruler of all creation. But along came Jesus, walking straight out of hell, ripping those gates off their hinges.

New life, resurrection life, for all who believe in Jesus, had started. On that third day, Jesus rose from the dead just as He said He would. The remarkable blessing is that when we accept Jesus as our Lord and Savior, we too rise from the dead and come into new life in the same power that raised Jesus from the dead.

Jesus’ finished work on the cross has staying power for all eternity. Yearly, Easter reminds us of the awesome day when Jesus came back to life in full force.  He did what no man in history could do. He became the sinless sacrifice of God Almighty. He burst on the scene mightily on that third day. He gave dominion of the earth back to man. He gave His Father back His rightful place as ruler of earth. He redeemed mankind  giving us the only way back to God.

Now God comes to dwell within our recreated spirit the moment we embrace the new birth. Jesus destroyed the power of the law that had imprisoned man’s soul for ages. He broke the power of Satan to rule the earth and manipulate humanity into doing his dirty work. Jesus gave man back the original image of God that the Creator had put into him at the beginning of creation. Jesus made it possible for the Holy Spirit to come and dwell in each individual believer’s life. The Holy Spirit now lives the abundant life through each believer that God ordained from the beginning. We are at peace with God because Jesus clinched the victory, giving us access back into the Holy Presence of God.

The biggest irony in history is that God died for His children and rose on the third day to re-establish fellowship and intimacy with them. The grace of God is shown in the resurrection of Jesus Christ. It can never be said (not that it could be before) that God does not love His children. Christianity is a relationship with God through Jesus Christ. Too many historical proofs (the Bible being a main proof), have validated that Jesus Christ gloriously rose from the dead. The rest is history! He has risen!

Do you believe that Jesus is risen from the dead? How will you share the wonderful story of Christ’s resurrection with others?

Greg is a born again believer who testifies to the absolute transforming power of God's word. Greg has been called to full time ministry and He has known Jesus for most of his life. Greg received his degree in Pastoral Ministries from what was formerly Bethany University in Santa Cruz,California. View Greg blogs on iwriteforjesus.com. Greg has a book published on " To Jesus Christ the High Priest of my confession: A personal Testimony." find it on http://www.amazon.com/Christ-Priest-Confession-Personal-Testimony/dp/1507706847/ His testimony in short form is published in "Trials and Triumphs II" on http://www.amazon.com/Trials-Triumphs-II-FaithWriters/dp/1498416012/. This book is filled with 50 inspirational testimonies and is a project of Faith Writers.
Previous The Human Body–Fearfully and Wonderfully Made
Next Who Does the Gavel Belong To?