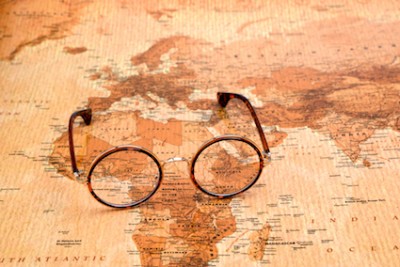 Two Pastors in Sudan Persecuted for Their Faith

Rev. Yat Michael and Rev. Peter Yen Reith of South Sudan Presbyterian Evangelical Church have been charged with espionage and blasphemy. Michael was arrested December 21, 2014, and Reith was arrested on January 11, 2015. The church believes they are being persecuted for their Christian faith. Sudanese authorities are calling for the death penalty for the two pastors. National Intelligence and Security Services (NISS) have charged the pastors with undermining the constitutional system, spying, and waging war against the state. They were also charged with inciting organized forces to complain, and assaulting religious beliefs. NISS is run by strict Islamists who are given broad powers to arrest Christians and others who are believed not to be fully Arabic and Islamic.

Sudan is number six in the Open Doors World Watch List of countries where Christians face the most persecution for their faith. Christians make up a tiny majority in Sudan and receive little protection. Sudan Presbyterian Evangelical Church and other Christian churches have faced an increase in harassment and persecution since South Sudan became an independent country in 2011. Several Catholic and Protestant churches buildings in the Khartoum area have been destroyed or confiscated by authorities since South Sudan became a separate country.

Rev. Tut Kony of South Sudan reported that almost all pastors have gone to jail, or have been beaten and stoned as a way to pull down the church. We are trusting God. They (the pastors) have spent five months in jail and if it exceeds to a year we still know that God will intervene, and they will be released because they did not commit any crime.

“God will intervene and protect us even in prison despite the serious charges brought against us. Thank you for all your prayers and concerns for us over this long period of imprisonment.

Michael’s wife said, ‘We are still worried about their detention. Let us continue to pray for them so that God can help them be released.’ “

Christians in Sudan and South Sudan have asked others to pray for:

“If you are insulted for the name of Christ, you are blessed, because the Spirit of the glory and of God rests upon you” (1 Peter 4:14).

Does hearing this story make you more thankful for the country we live in and the freedoms we have? What kind of persecution do you believe is happening in America?

Stephanie has a heart and passion to see broken lives restored and redeemed through Jesus Christ. She writes through her personal experiences and her educational and professional background. She has over 17 years experience in counseling, and has a Master's degree in Social Work, Bachelor's degree in Psychology, and is a Licensed Belief Therapist. Stephanie has been married for 16 years,and has one grown son. Stephanie's desire through her writings is to bring hope and encouragement to the body of Christ, that no matter what you have been though or going through, there is restoration and redemption through Jesus Christ.
@Stephrreck
Previous Stop Pointing Those Legalistic Fingers
Next Have You Received God’s Free Gift?