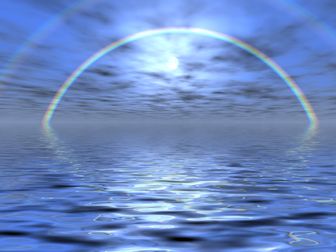 Was A Universal Genesis Flood Possible?

Was A Universal Genesis Flood Possible?

One of the arguments people use in an attempt to dispel the idea of a universal flood of Noah’s day and to discount the literalness of Genesis is saying that water could not have possibly covered the entire earth, including the tops of the mountains. Is there evidence to support this? Actually, there is quite a bit, but I am going to limit this discussion to just three things, to keep it simple for those of us who are not scientists. These three factors should provide food for thought for anyone who is an objective open-minded thinker.

There was a pre-flood geography that is different from the post-flood. Before the flood the earth did not have the high mountains and deep canyons it does now, so one cannot use today’s elevations as a measure for how high the water had to be to cover the highest peaks. The high mountains and deep valleys were formed after the universal deluge. Psalms 104:8 supports this. “The mountains rose; the valleys sank down to the place which You did establish for them.”

In case you do not believe in a universal flood at all, consider this: Water covering the entire earth and mountains formed after that, is supported by the discovery of fossils on some of the world’s tallest mountains. A fossil is caused by a dead animal or plant rapidly buried by water, in sand, mud, or lime, and deposited in rock layers.

On a web page dated June 19, 2014, scientists at Northwestern University and the University of New Mexico, announced that deep pockets of magma have been discovered 400 miles below North America. Scientists have been looking for these for decades. There is potentially enough water in these deep places of the earth to equal “nearly three times the amount of water in our oceans.”

Genesis 1:7 also mentions that there was water above the expanse called heaven. From what I have read it was something like a canopy of water vapor. Just as the water came from both beneath and above at the beginning of the flood, at the end “the fountains of the deep and the flood gates of the sky were closed, and the rain from the sky was restrained” (8:2).

According to Brian Thomas of the Institute for Creation Research “it is possible that water found below Earth’s crust could be what remains from the water “of the great deep…to initiate Noah’s flood…” He said even though there could be other explanations of these pockets of water, it is consistent with what Genesis 7:11 teaches.

This is a very exciting discovery that, when taken with water falling from above upon the earth, and the high mountains being formed after the flood, adds to the credibility of the Genesis account. The Bible is more reliable than many people want to admit!

John Livingston Clark is 67 years of age and lives in central Washington State. He has written two published books, and two published poems. His initial book is called, " God's Healing Hope: Breaking the Strongholds of Wrong Thinking." His second book, released in December of 2016, is a motivational book written to seniors titled, " Seniors: Are You Retiring or Recharging?" Both books are available on amazon. You can also view his writings on www.faithwriters.com. John is available to speak on a variety of topics. Visit me at jclarkministries.com
Previous Wasted Talents
Next It’s Not About You…Is It?