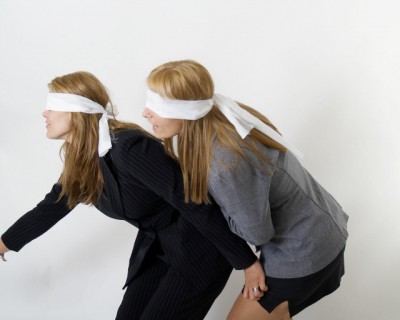 When You Don’t See God at Work

Have you ever wondered what God was doing in your life? You know that He is loving and that He has your best interest at heart, yet the circumstances of your life don’t seem to prove that. You pray for peace, but instead you get problems. What is God doing? What is He thinking? And how could all these things possibly be working for your good as He promised in Romans 8:28?

I was thinking about this the other night while watching the show Property Brothers on Netflix. The premise of the show is that the brothers, Drew and Jonathan, help house-hunters find run-down homes that have a lot of potential but often need a lot of work. Most of the home buyers are leery about the process of buying a fixer-upper, which is where Jonathan (the designer) steps in and explains what he would do to turn the run-down property into the couples’ dream home. So far, every buyer has expressed the same concern, “I just don’t see it.”

Isn’t that exactly how we feel? God sees the potential in our lives and our situations, but no matter how far we stretch our imaginations, we just can’t see it. We can’t see the plan He has envisioned for us. We don’t understand how He can take the mess that we’re in and turn it into something far beyond our dreams. He gives us His Word. He showers us with promises and assurances that all will be well. Yet, we take a good look at the mess surrounding us and utter the phrase, “Sorry, Lord, but I just don’t see it.”

Would it help to know that you’re not alone? How about if I could show you undeniable proof that God is still working things for our good even when we don’t see it? Let’s begin by looking at a familiar account in the Bible.

You know the story, I’m sure. The king commanded that everyone bow before his idol of gold, but Shadrach, Meshach and Abednego refused to bow down to anyone or anything except the one, true God. So, to make an example of them, Nebuchadnezzar heated the furnace seven times hotter and had the three Hebrew children cast into the flames. The fire was so hot that it killed the men who were charged with casting the three into the furnace, yet Shadrach, Meshach and Abednego were completely unharmed. The Bible tells us that they didn’t even smell like smoke after this horrible ordeal. Talk about a miracle!

What I want to draw your attention to is that the Bible has no record that anyone saw the fourth man in the fire except for Nebuchadnezzar himself. There is no indication that the three Hebrew children saw Him. For all they knew, they were alone in the fire. We have no reason to believe that they saw God working in their situation. They had faith that He would deliver them one way or another, but faith isn’t seeing, is it?

God was still working for Shadrach, Meshach and Abednego whether they saw Him in the flames or not. And He is still working for you. He hasn’t forgotten about your needs. He hasn’t pushed aside your concerns. He has a master plan, and He is working hard to see it through. In the meantime, you may be shaking your head and saying, “But I still don’t see it.”

That’s okay. You don’t have to. God doesn’t require us to see or understand what He’s doing. He only asks that we trust in His plan. As the old song says, “When you can’t trace His hand, trust His heart.” He will take care of your needs, and when you see the finished product, it will be far beyond your wildest expectations (Ephesians 3:20-21).

What are some things you can do while you’re waiting on God?

Dana is a full-time Christian author and speaker residing in Greenville, SC with her husband and two dogs. In fulfilling her call to evangelize the lost and edify the saints, Dana spends her days writing devotions, devotional books and books for children, as well as recording podcasts on various Biblical topics. She serves in many capacities at her local church, including the roles of church pianist and ladies' Sunday School teacher. Dana has a passion for souls and longs to be used of God in whatever way He deems necessary. When not writing or serving at church, Dana can most likely be found reading or hiking a nearby trail.
Previous 15 Healthy Ways to Reduce Stress
Next Are You Experiencing Freedom in Christ