Breaking News
Home / Faith / Where have all the Demons Gone? 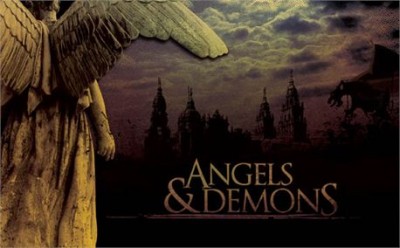 Where have all the Demons Gone?

Have you ever read the gospels and noticed how often Jesus dealt with evil spirits? It seems that everywhere Jesus went, He was casting demons out of people.

Several years ago I began to wonder why I had never seen deliverance from demons occur in all my years of going to church. I had assumed that deliverance from evil spirits was only for rare or extreme cases, or for other parts of the world. But as I began to dig deeper into this, I saw that my assumptions were not biblical. Soon, God led me into the ministry of deliverance.

The following is an excerpt from my book Can a Christian Have a Demon? that addresses the great need for deliverance:

The gospels reveal just how common it was for Jesus to deal with demons. It was neither a rare occurrence, nor only reserved for extreme cases. Consider the examples below, which portray Jesus ministering on a broad scale to those with evil spirits.

And He came down with them and stood on a level place with a crowd of His disciples and a great multitude of people from all Judea and Jerusalem, and from the seacoast of Tyre and Sidon, who came to hear Him and be healed of their diseases, as well as those who were tormented with unclean spirits. And they were healed.
-Luke 6:17-18

At evening, when the sun had set, they brought to Him all who were sick and those who were demon-possessed. And the whole city was gathered together at the door. Then He healed many who were sick with various diseases, and cast out many demons; and He did not allow the demons to speak, because they knew Him.
-Mark 1:32-34

And He was preaching in their synagogues throughout all Galilee, and casting out demons.
-Mark 1:39

Everywhere Jesus went, He dealt with demonic spirits. This was just a regular part of the gospel. And when Jesus sent out His followers, He specifically equipped them to cast out demons (for example, see Matthew 10:1, 7-8). Deliverance was normal; it was not the exception but the rule. However, if you are in a church context like the one I grew up in, and never see or hear about deliverance from demons, it would be easy to assume that casting out evil spirits is very rarely needed. It would be easy to believe that only in an extreme case would deliverance be necessary.

Where then, have all the demons gone? If so many people were tormented by evil spirits in the time of Jesus, why would we expect that any fewer are being tormented today? If the ministry of deliverance was so common for Jesus, why is it so uncommon for us? We have no reason to believe that there are not as many demons here and now as there were in the place and time of Christ. Could it be that we fail to understand how demons operate, we fail to discern their presence, and therefore we fail to drive them out?

Having been involved in deliverance ministry for several years now, I have found that just as in the time of Jesus, it is very common for people to need freedom from evil spirits.

In my next article I will outline some barriers that we need to remove so that we can see deliverance ministry restored to the church!

Jake Kail is a teacher, author, and speaker who is passionate for the kingdom of God. He was called into ministry during his college years, after a life-changing encounter with God. The focus of his ministry is on teaching and equipping believers, strengthening local churches, and seeing awakening and restoration come to the church. He also ministers often in the area of deliverance from evil spirits, seeing people set free from bondage, torment, and oppression. Jake is the author of three books: Restoring the Ministry of Jesus, Can a Christian Have a Demon?, and Abiding in the Vine. He speaks at churches, retreats, conferences, and other venues. Jake lives with his wife and family in Lancaster, PA where he serves on the pastoral team at Threshold Church. Check out Jake’s website and blog here: http://www.jakekail.com.
Previous Coping with Prodigal Children during the Holidays
Next 5 Steps to Eliminating Frustration