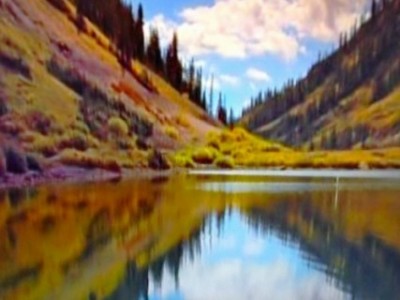 Track with me here, okay? Try buying a gift for someone who has it all. What can you give that they don’t already have or could buy for themselves? Hence, Solomon—then known as a great naturalist, writer of hundreds of proverbs and songs but took his first step downward seeking an Egyptian Queen.

King Solomon gave Israel a glory, prestige and magnificence unsurpassed in the world’s history. He developed his father’s (David) ideas of a united kingdom and marvelous success topped his efforts. Yet, even Jesus said the lilies of the field had greater substance than all the finest silks worn by Solomon. Sensuality and pride of wealth surely added to his deterioration. Take a look with me if you will of Solomon’s demise.

When Solomon first dealt with God, he asked for wisdom on how to rule the nation. This pleased the Lord and He granted his desire. However, by the time Solomon penned the book of Ecclesiastes, he revealed his own dissatisfaction with even life itself. Seems all pleasures found themselves within his reach: wisdom and knowledge, wine and women, wealth and fame, music and songs; he tried them all. And, he surmised ‘all was vanity’.  When in fact, (it was) God that had been squeezed out of his life, according to scriptures.

To clarify, not only is the statement “all is vanity” not new, but it isn’t true. If you look closely you’ll see the writer’s (Solomon) confusion. The truth is you can’t find meaning or purpose in the wrong avenues such as wealth, sex, power, careers and intelligence (just to name a few).

It’s easy to be swept into the world’s current popular tide that more is better. King Solomon learned the hard way and met with deep discontentment. With all his wisdom, he failed in understanding self-control “There is a way that seems right to a man, but its’ end is the way of death” (Proverbs 14:12 NKJV).