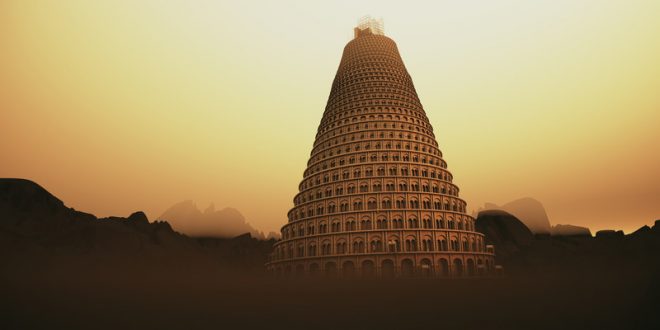 Will The Real “Babylon” Please Rise?

Years ago there was a television program called “To Tell The Truth.” There were three contestants. The host related a story that was true of only one of them. A panel of four celebrities had to figure out by asking questions who the correct person was. It was a big mystery. The show always ended with the host asking, “Will the real (insert name) please stand up?”

This parallels with the mystery of Babylon in Revelation 17-18. There have been many scenarios about its location, and whether it is literal or symbolic. Centuries ago there was a literal city called Babylon located about 50 miles south of Baghdad. There were even attempts by Saddam Hussein to rebuild the ruins prior to the Gulf War. Then it became occupied by U.S. forces during that time. Reportedly, Baghdad was built to replace Babylon. (Source: “Bringing Babylon Back From The Dead,” Arwa Damon, CNN, 4/11/13)

Let’s begin by seeing what the above passage says about Babylon. The context of these two chapters is one of wealth, along with moral depravity and spiritual blasphemy, which brings the judgment of God. There is also a connection with the Beast of Revelation. However, one observation that stands out in these two chapters is the word “city” which is used eight times.  A basic principle of biblical interpretation is that if something can be taken literally, seek no other sense.

In summary, then, it is safe to say that Babylon will be a great city of wealth that will rise up prior to, or during the Tribulation Period, but which will be suddenly destroyed by God due to man’s arrogance apart from God.

Before going any further it is necessary to put the word “Babylon” in its biblical context. It “first appears in the Bible under the guise of the Tower of Babel (Genesis 11). The Hebrew word for ‘confused’ in verse 9 is babal, which sounds like babel. The great evil of the tower builders is their sinful pride against the rule of God.”  (Source: https://www.biblestudytools.com/dictionary/babylon/).

Because these chapters talk about wealth and prosperity some people take Babylon as referring to America. In actuality, though, one of the richest places on the planet is Saudi Arabia, a main producer of the world’s oil. Besides, these two chapters never mention Babylon being a country. How about it being a city in Saudi Arabia? The Crown Prince of Saudi Arabia made a huge announcement on October 24-25, 2017. There are plans to build a mega-city 33 times the size of New York City, with state-of-the-art technology. It would have robotics, drones, and driverless vehicles. It would utilize solar power and windmills. Some of the infrastructure is already completed, along with an airport for flying in construction workers. The Saudi royal family has, reportedly, set aside 500 billion dollars for the city’s construction. Yes, you read that right-billion. This is in addition to the money from wealthy investors from all around the world. The name of the city will be “Neom,” which means “New Future.” The Saudi Prince stated, “Neom’s duty is to be a world hub for everyone in the world.” (Source: “Is Saudi Arabia Building the End Time City of Babylon?” This was posted on www.isawthelightministries.com/babylon.html.)  This quote sounds a lot like what it says in 17:18, that Babylon will “be a great city, which reigns over the kings of the earth.”

The question being asked is how could a city so large be built so quickly when one considers how close we are to the return of Christ. The answer is parallel to the building of the Tower of Babel. As that was, no doubt, the pinnacle of advancement for their time, this “Babylon” would be the ultimate in technological advancement for today. It would showcase humanity’s ultimate achievement, apart from acknowledging God. God could destroy the city under construction, just like he did with the Tower of Babel.  This is expressed in chapter 18, verses 10 and 21:

“…Woe, woe, woe, the great city, Babylon, the strong city! For in one hour your judgment has come.”

“…Thus will Babylon, the great city, be thrown down with violence and will not be found any longer.”

So, Babylon remains a mystery. Is there going to be a literal city with that name rise again in the last days? Is it going to be a city(maybe with a different name) built out of pride and arrogance in defiance of God? Or is it a term that means to flaunt humanity’s pride and showcase its achievement apart from God? What do you think?

John Livingston Clark is 67 years of age and lives in central Washington State. He has written two published books, and two published poems. His initial book is called, " God's Healing Hope: Breaking the Strongholds of Wrong Thinking." His second book, released in December of 2016, is a motivational book written to seniors titled, " Seniors: Are You Retiring or Recharging?" Both books are available on amazon. You can also view his writings on www.faithwriters.com. John is available to speak on a variety of topics. Visit me at jclarkministries.com
Previous A Quiet Moment In November
Next Believe in the Unseen