Breaking News
Home / Faith / Will We Make Changes or Excuses? 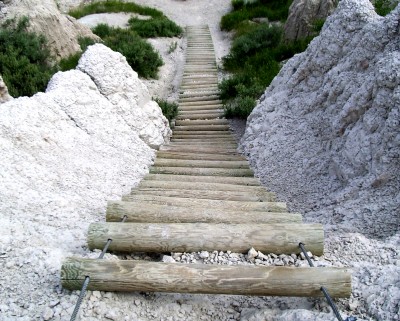 Will We Make Changes or Excuses?

“I would look for better work, but I’m afraid I won’t find anything that will really satisfy, so I’ll just stay put.”

“I would try to lose weight, but it’s just so hard to find the time to exercise and eat right.”

“I would read my Bible more, but it doesn’t fit into my extremely busy schedule.”

“I would spend more time with the family, but someone has to make the money to support us and our lifestyle.”

See what I mean? Good people who want to accomplish good things, but for whatever reason, they’re hindered by excuses. But is it really the excuses that are hindering them, or is that simply their way of hiding from the truth? The Bible is full of examples of that very thing.

When God told Sarai that she would give birth to a son (Genesis 18), Sarai made an excuse: “Nope, I’m too old.” What she was really saying is, “Sorry, but I don’t believe you, and I don’t want to get my hopes up.”

And how about the prophet Elijah? When God called him out of his pity party (I Kings 19), Elijah made excuses for his childish behavior. “I’m the only one left who’s trying to serve you, and everyone wants to kill me!” I think it would be fair to translate that as: “I’ve been serving you, but things haven’t turned out the way I expected. I have every right to sulk.”

I could go on, for there are many more examples, and more often than not, the source of the excuses can be traced back to a single factor: fear. Fear of being disappointed. Fear of saying the wrong thing. Fear of being alone. The same can be said for excuses today. There is great fear in the unknown. What if the new job ends up being worse than the old one? What if you do lose the weight only to find that you still have low self-esteem? What if reading your Bible leads to more spiritual attacks in your life? What if the business suffers because you opt to spend more time with the family? What then?

The new year has begun, and we have the opportunity to make some positive changes that could greatly affect our lives. So, the question is this: Will we make changes or excuses? Will we trust God with your future and follow His leading, or will we stay in our comfort zones whatever the cost? Yes, the unknown can be scary, but keep in mind that there is no such thing as “unknown” to God. He sees the beginning and the end, and nothing is too hard for him to do. He knows all things and is quite capable of guiding us in the paths that are best for us, just as He did with Sarai, Moses and Elijah. He has our best interest at heart, and He only asks that we trust and obey. No more excuses!

Are there some changes in your life you’ve been avoiding? What excuses have you been giving for not following God’s direction in your life?

Dana is a full-time Christian author and speaker residing in Greenville, SC with her husband and two dogs. In fulfilling her call to evangelize the lost and edify the saints, Dana spends her days writing devotions, devotional books and books for children, as well as recording podcasts on various Biblical topics. She serves in many capacities at her local church, including the roles of church pianist and ladies' Sunday School teacher. Dana has a passion for souls and longs to be used of God in whatever way He deems necessary. When not writing or serving at church, Dana can most likely be found reading or hiking a nearby trail.
Previous 5 Healthy Bedtime Habits to Practice
Next Moving Forward in 2016