Breaking News
Home / Family / A Mother’s Sacrifice: The Power of Her One Life 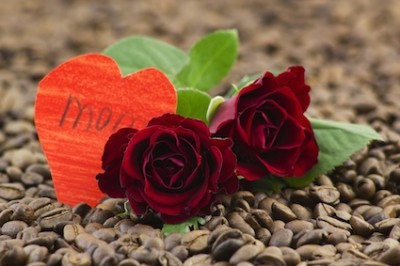 A Mother’s Sacrifice: The Power of Her One Life

Mom passed away on Monday, June 1.  If you had talked to her before the Alzheimer’s got rooted in her brain, she would have told you that she wasn’t anything special.  She graduated from high school, raised her kids, went to church and worked in a grocery store.  She wasn’t rich.  She didn’t have a nice car or house.  But to the woman writing these words and to hundreds of others, she was special.

Growing up, Mom made many sacrifices for me.  She made sure that she had the money for me to go on the high school band trips to Florida and Colorado as well as all of the youth group camps and conferences.  When we visited college campuses, she never objected to the tuition costs for that particular school.  I decided to be a music major which meant she had to find a way to buy me a French horn for college.  She did, and didn’t complain or tell me how much it cost.  I don’t know how much she paid for it back in 1990, but when I sold it a couple of years ago (regretting that decision now more than ever), it sold for $2500.  Even if it would have only cost her $1000 back then, that would have been about a month’s pay for her!  Then when I got to Baylor University and my fall tuition bill was much more than we were anticipating, never once did she tell me I was going to have to come home.  She just found a way to pay for it.

A large part of my work ethic and success is due to her.  In my former job at a telecom company, one of our values was customer advocacy or doing what is right for the customer.  Mom taught this to me and I don’t think she ever knew it.  She started her career as a checker at the local Piggly Wiggly.  She took time to get to know her customers.  She knew most of them by name, and when she didn’t, she still treated them like they were family.  Customers would stand in line longer than they needed to just so they could go through hers, because they knew that they would be treated well.  Her customers would go on vacation and bring her souvenirs.  She even had one customer that gave her a gift of a hand painted picture.  When she got a job at a different grocery store, customers followed her there.  Hopefully, you’re getting the idea that customers loved Mom.  And that is something I’ve carried with me for more than 30 years.

I also grew up watching Mom serve God.  She taught the two and three year old Sunday school class for so many years that she was able to teach multiple generations of families in some cases.  She also taught children’s choir for many years every Wednesday night.  I’m not even sure if anyone asked her to do it.  I think she might have just seen the need and stepped up to fill  the gap.  Mom didn’t have a music degree.  To be honest, I don’t even know if she could read music.  We didn’t own a piano.  The only musical instrument in the house, other than my French horn, was called a Magical Musical Thing (MMT) from the 80s.  We would sit down with a new song and I’d help her learn it and she eventually got the hang of the MMT and could learn on her own.  In most recent years, she was an Awana leader.  Because of her service over the last 30+ years, hundreds of kids were given the opportunity to learn about God.  One of the kids she taught said now that he has his own children, he fully understands the sacrifice she made all of those years she taught classes.  That comment gave me the warm fuzzies.

There were other things that made mom special, but these were the the ones that impacted me the most.  She was by no means perfect, but she did the best she could.  And we all turned out more than just fine.  And in my book that made her the best mom around.

Her children arise and call her blessed;
her husband also, and he praises her:
Many women do noble things,
but you surpass them all.
Charm is deceptive, and beauty is fleeting;
but a woman who fears the Lord is to be praised.
Honor her for all that her hands have done,
and let her works bring her praise at the city gate.

Even as adult children, it’s important and biblical to honor our parents. How can you honor your parents today?

Previous Is It Possible for God to Use the Dregs?
Next Seeing Your Purpose Through the Eyes of God