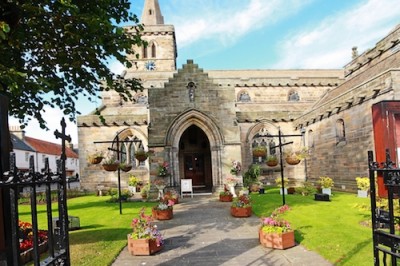 I started watching the TV show Lost again.  It’s one of those shows I can watch repeatedly and discover something new every time, this time being no different.  What strikes me this time around is the last part of the speech Jack makes in the early episodes after people gang up on Boone when they found out he stole their only water supply.

“Last week most of us were strangers. But we’re all here now. And God knows how long we’re going to be here. But if we can’t live together, we’re going to die alone.”

That last phrase sums up one of the things that God taught me while on a mission trip in Scotland.  The Scots have a rich spiritual history dating from the fifth century.  But Scotland has a problem.  Of the almost 54% of people that self-identify as Christians, less than 10% of the entire population of Scotland attends church.  Why is this?  There are several reasons, but in my time there, I experienced something that I don’t typically see here in the states.  Bigotry amongst different denominations.  This bigotry is so severe that it is fracturing the church into tiny, isolated pieces and slowly disappearing.  These stories that were shared with me illustrate how big the issue is:

There were two friends, a minister from the Church of Scotland and a priest from the Catholic church.  The Catholic priest died and the Church of Scotland minister went to the funeral.  He went with with no motive other than to mourn the passing of his friend.  He was asked to step down from his post simply for the fact that he was present at the funeral.  I was also told a story of a man who stopped going to his local church because the minister attended the funeral of a person from a different denomination.  Again, he attended only to show support to the family and the community, nothing more.  There were also several stories told of churches that split because of differences of opinion.

With each story, I was shocked.  I just couldn’t understand how such divisions could exist within a population that has similar beliefs about God.  But as much as I’d like to think that this is a Scottish problem, it’s actually a body of Christ problem.  Look at all of the different denominations we have here in the states: Catholic, Baptist, Methodist, Lutheran, Assembly of God, Disciples of Christ, etc.

In most cases, we aren’t ostracized if we’re friends with someone from another denomination.  But sometimes we forget we’re on the same team.  Our quarreling reduces our effectiveness for God’s kingdom and, to be honest, makes us look like a joke to those on the outside looking in.  We sometimes forget that Jesus commanded us to love each other as he has loved us and said that people will know we are Christians because of this love. (John 13:34-35)

I found a wonderful passage written by Paul to the church in Colossae that illustrates the unity we should be striving for as a church body.

Therefore, as God’s chosen people, holy and dearly loved, clothe yourselves with compassion, kindness, humility, gentleness and patience.  Bear with each other and forgive one another if any of you has a grievance against someone. Forgive as the Lord forgave you. And over all these virtues put on love, which binds them all together in perfect unity. Let the peace of Christ rule in your hearts, since as members of one body you were called to peace. (Colossians 3:12-15)

It’s tough being a Christian these days and we need to stick together, “spur one another on toward love and good deeds.”  (Hebrews 10:24) and not nitpick about denominational differences.  Like Jack said in Lost, we can either learn to live together or we can die alone.

How will you reach out to your Christian brothers and sisters to show love and start building bridges across denominational boundaries?

Previous Help! No One Told Me Marriage Would Be Hard
Next Be Anxious For Nothing 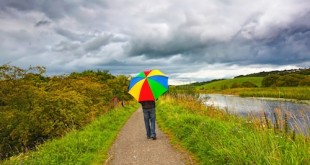 What the Scottish Rain Taught Me About Trials

I’ve been in Scotland for almost two weeks now which is long enough to be comfortable ...