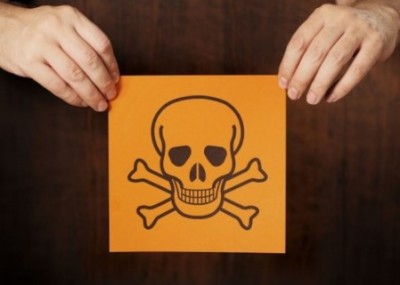 A New Satanic “Game” Of Teens, Formed With A Cross

Satan is winning the war in the minds of many teenagers. As if Ouija boards are not enough, they are now engaged in a new craze. Parents may want to know what is going on if they see their children crossing pencils in the figure of a cross, on a piece of paper.

Even though this looks like nothing more than a game, teens have reported demonic acts like hearing voices and seeing objects move. It is called the “Charlie, Charlie Challenge.” After crossing pencils, the words “yes” and “no” are written in the squares. Then they ask the question, “Charlie, Charlie, are you here?” If the pencil moves to a “yes” square it means an ancient demon is present and the players start asking questions.

This “entertainment” has gone viral on social media. Whether teens realize it or not, their minds are being trapped in the bondage of the evil forces of darkness. It is, indeed, ironic but not surprising, that this activity involves a cross. Satan is the great deceiver!  It was a cross upon which Jesus died, and that act is what provides forgiveness and deliverance from the bondage of sin.

There is a real devil, but God’s power is greater. Even demons are subject to him. Luke 4:41 says, “And demons also were coming out of many, crying out and saying, ‘You are the Son of God.’ And rebuking them, He would not allow them to speak, because they knew Him to be the Christ.” Jesus offers hope from depression, and forgiveness of sin. He is inviting people to come to him with humility and receive his love and grace. Instead of making crosses and calling out to demons who want to destroy, the teens who are involved in this new craze need to bow before the cross of Christ for deliverance and their eternal salvation.

If you are a teen reading this, I want to talk to you personally. If  you are participating with a group of peers in this “game” you need to find a new set of friends.  It is nothing to play around with. Do you really want Satan to be in control of your life? Games like “Charlie” and Ouija boards, can bring you under his control. I know of people who have had that happen to them. Don’t say it won’t happen to you. It is the primary purpose of Satan to keep you in a kingdom of darkness and despair. He is doing everything in his power to prevent you from experiencing the abundant life of hope, peace, joy, and eternal salvation that Jesus can give you. What are you going to listen to, the “cross” of Charlie, or to Jesus, who bore the cross for your sins?

John Livingston Clark is 67 years of age and lives in central Washington State. He has written two published books, and two published poems. His initial book is called, " God's Healing Hope: Breaking the Strongholds of Wrong Thinking." His second book, released in December of 2016, is a motivational book written to seniors titled, " Seniors: Are You Retiring or Recharging?" Both books are available on amazon. You can also view his writings on www.faithwriters.com. John is available to speak on a variety of topics. Visit me at jclarkministries.com
Previous A National Debt of Gratitude
Next Two Reasons People Fail to Trust God