Breaking News
Home / Family / “But I really want a boyfriend!” 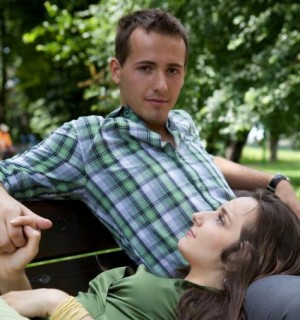 “But I really want a boyfriend!”

The pioneering path to the greatest frontiers in the kingdom of heaven is littered with the figurative bones of young girls who were the brightest and mightiest for the Lord, but who got sidetracked and taken out–at least temporarily–by an altogether natural impulse: the desire to have a boyfriend. Time and again, I’ve watched it.

My own walk with the Lord was hijacked at age 18 when I succumbed finally to this idea. For me, in the end, it was the idea more than it was the guy himself. I had towed the line for years in a culture that revolved around dating, and I wanted to indulge in a normal, teenage experience. It was the first major inroad of death in my life, because it was the most significant compromise. Having a boyfriend at a time when God hadn’t desired this for me was the single act of disobedience that led to all the others. It would take years for the Lord to redeem what I had forfeited by turning a deaf ear to His will and going my own way.

In his Family Foundations series, Pastor Craig Hill points out that one of the many reasons the dating culture is so toxic, even for committed Christian youth, is because by the time they eventually are ready for marriage, the average teenage girl has already given her heart away, often multiple times.

Looking back at the most promising, passionate teenage girls I’ve taught and mentored over the years, it is plain that this illusion of “life is better with a boyfriend” is a tactical assignment of the enemy. The lie is whispered and blared almost everywhere we look. Once a Christian girl comes to believe the lie, the need to fulfill it can become obsessive.

However, no teenager out there is going to lay on the altar the idea of having a boyfriend because someone told her she should. I believe a greater revelation of Jesus Christ, and a commitment to walk humbly in the Spirit, will transform the most “normal” teenage girl into an overcomer with an exalted future.

“My beloved is dazzling and ruddy, outstanding among ten thousand” (Song of Solomon 5:10).

Will you ask The Lord to reveal Himself as outstanding among ten thousand? Did you know you can ask Him to help you with the impossible command to “deny yourself and take up your cross to follow Him”? What is one step you can take today to commit, again, to walk humbly in the Spirit?

Emily Tomko's radical encounter with the Lord while at a nightclub changed her life forever and inspired her first novel, College Bound: A Pursuit of Freedom. She is the author of seven books, including 31 Thoughts on Prophecy and Leaving the Shallows: igniting the faith that overcomes the world. Her tastes tend toward vintage and she's a Germanophile, having spent a year in Bremen and Nuremberg. Emily loves the scriptures and writes with fierce compassion and a deep desire to see people freed from the miry clay of this world and walking in the truth.
Previous ISIS Fighter Has A Dream and Becomes A Christian
Next How to Protect Your Relationships from the Enemy