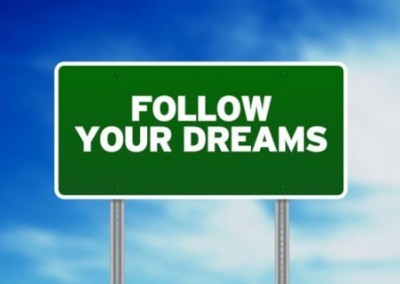 ISIS Fighter Has A Dream and Becomes A Christian

Does God still speak through dreams? God can use anything to bring people into His saving grace. He did this with an ISIS soldier. Dreams are very significant among Muslims.  According to an expert, “They ask God for guidance through dreams, one way that Muslims expect to hear from God.” They also don’t believe in a personal God who communicates with them, like Christians who have the Holy Spirit residing within them.

An Islamic militant had two dreams. The first one was of a man in white, who was believed to be Jesus. He said, “You are killing my people.” The man felt very uneasy and sick. The other dream was taken to mean that Jesus was asking him to follow Him and be His disciple.  The story doesn’t end here. It has an interesting but very unfortunate twist to it. The man began to read a Bible given to him by a Christian and accepted the Lord Jesus Christ. The Christian, however, was one he had just killed.

There is a New Testament account that has a parallel. The Apostle Paul was also an enemy of Christians, but later was converted. When Stephen, a devout follower of Christ, was stoned, as recorded in Acts, chapter seven, it says in 8:1 that Paul, whose name was then Saul, “was in hearty agreement with putting him to death.” In verse 3 we are told that he “began ravaging the church, entering house after house, and dragging off men and women, and he would put them in prison.” That is exactly what ISIS is doing today.

One day while Saul was traveling on a road to Damascus a light from heaven flashed around him. He fell to the ground and heard a voice saying, “Saul, Saul, why are you persecuting me?” When he asked who was speaking the response was, “I am Jesus, whom you are persecuting.” He became a disciple and a divinely-inspired writer of much of the New Testament.

It is heartwarming to realize that God can take any life, no matter how bad the past, and turn it around. He will meet people where they are but won’t leave them that way. No matter who you are or what you have done, Romans 10:9 says “that if you confess with your mouth Jesus as Lord, and believe in your heart that God raised Him from the dead, you shall be saved.” No one is so bad to be undeserving of God’s love and grace. Is there something you have done in your past that makes you feel like God won’t accept you? What part of your life do you need to surrender to God and allow Him to warm your heart with His forgiveness and mercy?

a personal God who communicates Apostle Paul on the road to Damascus Christian gave ISIS soldier a Bible Christian heartwarming story for June 2015 Does God still speak through dreams? dreams dreams are significant in the Muslim religion Isis ISIS fighter and militant ISIS fighter has a dream and becomes a Christian Muslims ask God for guidance through dreams Romans 10:9 the stoning of Stephen 2015-06-08
John Clark

Tags a personal God who communicates Apostle Paul on the road to Damascus Christian gave ISIS soldier a Bible Christian heartwarming story for June 2015 Does God still speak through dreams? dreams dreams are significant in the Muslim religion Isis ISIS fighter and militant ISIS fighter has a dream and becomes a Christian Muslims ask God for guidance through dreams Romans 10:9 the stoning of Stephen

John Livingston Clark is 67 years of age and lives in central Washington State. He has written two published books, and two published poems. His initial book is called, " God's Healing Hope: Breaking the Strongholds of Wrong Thinking." His second book, released in December of 2016, is a motivational book written to seniors titled, " Seniors: Are You Retiring or Recharging?" Both books are available on amazon. You can also view his writings on www.faithwriters.com. John is available to speak on a variety of topics. Visit me at jclarkministries.com
Previous Identify Theft Is On the Rise
Next “But I really want a boyfriend!”