Breaking News
Home / Family / Giving all for the Family 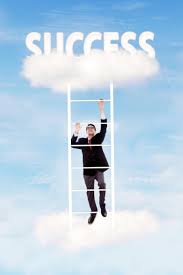 Giving all for the Family

When Dad was just starting out in business, with a growing family to feed and clothe, he put in long days to show his boss that he was a dependable, hard worker.  The pay wasn’t great, but someday he hoped he would rise through the ranks into a management position.  Then he could give his family what they dreamed of – a big house with room to run around, with a beautiful, fenced in back yard for the kids to romp and play in with a dog or two.  Sacrifices were necessary but temporary as Dad worked his way up.

Mom quit her job as a secretary when the first child was born so she could be at home and raise the children while Dad worked.  Both parents agreed children should be raised by their parents and not by a daycare worker.  So Mom cooked and cleaned, chased little ones around the backyard, and taught the children about values and morals and the things school didn’t, or wouldn’t teach.  She taught them about Jesus and how the Lord loves His people.  She instilled in them a desire to serve and follow God as their ultimate purpose in life.

The job that Dad had taken to provide for his family – the one that he worked hard to secure his place in so that he could slow down – began to demand more and more of his time.  The higher up he went the bigger the salary, and the bigger the salary, the more dedication and sacrifice was required.  Dad said everyone is waiting and watching for him to slip up so that they could get the upper hand and force him out of his position.

By this time the family was enjoying the fruits of his labor.  They had the big house they dreamed of way back in their tiny starter home.  They had horses and nice cars.  The children went to an exclusive private school, and they had a gorgeous vacation home on the lake.  Then one day, after baby number three arrived, Mom and Dad decided, in order to keep the things they loved – the houses, the cars, fancy clothes, and that exclusive private school – Mom should get a part time job to help with the growing expenses.

They found a good daycare center for the children, reasoning that the two older children had benefited from Mom staying home, but they were in school now, so most of what they needed her for was in the past.  As for baby number three, most kids had parents who both worked and they turned out fine.  Besides, Mom would be home in the afternoons when the older kids came home from school, picking up baby from daycare on the way, and he probably wouldn’t even miss her (although he cried every morning when she left).

About this time, their church attendance had dropped off to a few Sundays a year.  With both parents working, there was just too much to do on the weekends to lose two or three hours a week.  They were still Christians and God knew their hearts, they rationalized.

I am sorry to say that, as time passed, the family grew further and further apart.  You all know this story.  It’s repeated all over the country year after year.  At the end of our story, we find Mom and Dad in a bitter divorce battle for all of the stuff they accumulated, and the kids shuffling from parent to parent, and nobody happy.

As the lights go down and the curtain falls on our little drama we see Dad, standing all alone, watching his ex drive away with his kids and thinking, “I gave my all for my family, and it all fell apart.  Where did I go wrong?”

Put God first in your life, your spouse next, as is God’s design, then your children.  Don’t be tempted to put church first, or even second or third on the list; that’s a mistake that people make also.  Assembling together, as God decreed, is important, but you can make church an idol just like anything else.  You don’t need to be on every committee, volunteering at every event, you don’t even need to be there every time the doors open.  Neglecting your family for anything is not good.  Period.

But godliness with contentment is great gain.  For we brought nothing into the world, and we can take nothing out of it. But if we have food and clothing, we will be content with that. Those who want to get rich fall into temptation and a trap and into many foolish and harmful desires that plunge people into ruin and destruction. For the love of money is a root of all kinds of evil. Some people, eager for money, have wandered from the faith and pierced themselves with many griefs.  1 Timothy 6:6-10

Previous Floods My Soul
Next When Life Gets a Little Nutty