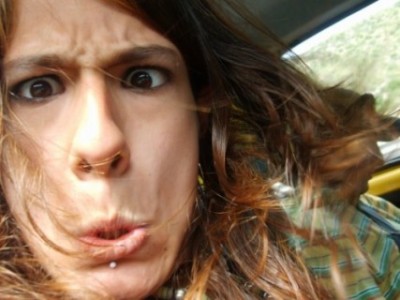 Help! My Teen is Driving Me Crazy!

Okay parents of teenagers out there, I am preparing myself for the worst…the mood swings, the “all about me attitude”, the rolling of the eyes, and the classic maneuver…the slamming of the door! Although my official roll of a teenage mom is still a few days around the corner, I am blessed with the opportunity to interact with these behaviors on a daily basis while I attempt to shape the minds and hearts of high schoolers.

Being a parent is a tough job considering how underpaid you are for the amount of work you accomplish or don’t especially when treading through situations such as divorce, a mixed marriage, or as a single parent. In any case, add a teenager into the mix and you never know what to expect.

Life seems to shift upside down and inside out when a teen does not get their way. Most are unafraid to tell you, okay, yell at you, how unfair the situation is in their eyes, but stand your ground as the parent and not as a friend, take a perceptual look from their vantage point, and remember to separate the child from the behavior.

Standing your ground is easier said than done especially if your son/daughter is bringing up your own past experiences and using them as guilt by manipulation. However, the past is the past, and you are the parent who has established the rules and expectations for your family to help your child not make the same mistakes as you and to create a strong relational foundation.

Taking a perceptual look from a teen vantage point is not always simple since their view is limited to the present world and not the future. They believe they are invincible, unattainable, and undamageable. As your desire to keep your child safe rises with age, and as hard as it may be, make sure to not always say “no.” Instead, hear your teen out and discuss the concerns you have. Allow them to express their feelings and own opinion before making a sound judgment. Consistently giving no as an answer not only discourages your child from asking for permission in the future, it also pushes them towards an edge of rebellion. In addition, when saying “yes”, use reason, a sound mind, and make clear the expectations. Most critically, follow through with actions to your words.

Probably the most essential point of all three is recognizing that behavior is separate from whom a child is. Although at times the two may appear to fit together like a glove, the word “choice” is the difference. A child can chose their behavior and how far they go with their attitude.  They can also chose who they want to become as a person.   Make a point of calling out the positive characteristics of your teen. Not only will you gain their attention, you are also infusing a relationship of trust.

Thankfully the teenage years are a season, a season with a specific purpose.  Like all seasons, parenting will regenerate into the next phase a life. Creating an atmosphere of communication, laying the groundwork for expectations, and making note of the distinctions between character and behavior are all crucial aspects when raising a teenager.

“There is a time for everything and a season for every activity under the heavens:

…a time to plant and a time to uproot…,

a time to weep and a time to laugh,…

a time to mourn and a time to dance,…

a time to embrace and a time to refrain from embracing,…

is an author and editor for The Bottom Line Ministries as well as a member of Faith Writers. Currently she teaches high school language arts. She is a mom to four amazing blessings and enjoys every moment life has to offer. Renee has a fervor and drive to learn, she loves to read and spend time with her family, and is involved with her local church ministries. Humbled by God’s gift of words, she has a passion to write what the Holy Spirit has placed in her heart. She hopes to publish her in-progress book someday, but in the meantime, is honored to be placed as part of the TBL writing family and is holding on to the ride wherever God is leading. Renee and her family reside in their country home in Holland, Iowa.
Previous The Beauty of Hospice Care
Next Prayer’s From A Pure Heart – Following A Child’s Example