Breaking News
Home / Family / Teens: God Is Raising Up a Generation of Power 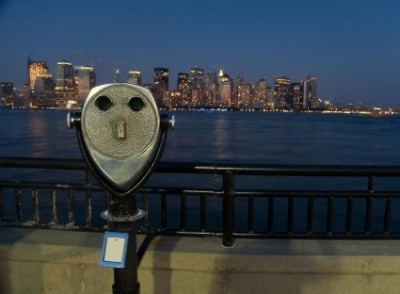 the future is looking bright for Christian teens

Teens: God Is Raising Up a Generation of Power

Despite being hard-pressed on all sides by bad news and looming unrest, there’s a reality that also deserves attention: God is raising up a generation of youth that is moving with unprecedented power and focus.

In ministering to and mentoring teenagers, I am witness a level of commitment that is beyond what I saw even a decade ago. It doesn’t mean these youth don’t struggle, or that they’re fundamentally all that different than teenagers of previous generations. Rather, there seems to be an understanding of the cost and the brevity of time supernaturally imprinted on these teens’ hearts.

Here are some examples I’m witnessing among teens and young people in my own sphere:

Bringing the kingdom of Heaven to their classrooms. An ordinary speech class in a public high school turned into a demonstration of God’s power when one Christian girl offered to pray for a peer who had Celiac disease. The next day in class, the girl who’d had the diagnosis testified before everyone of sensing she was healed and going home and sampling various items from her fridge that ordinarily she’d never dare to touch. She did not get sick.  Another teen in this same youth group shared with me how she and one other Christian quietly but firmly refused to participate in a witchcraft ritual led by their English teacher during class.

Signs and wonders. A 12-year-old boy last month delivered a fellow youth of a demon when the latter walked into a church service during worship and fell over and began manifesting. The 12-year-old ministered before the pastor realized what was happening and could get there. Once free, the young man sat up and was in his right mind.

Taking the Gospel to the ends of the earth. In the last five years I’ve been privileged to offer prayer support for at least two dozen teens who are embarking on trips to Nepal, China, Honduras, Ecuador, Turkey, and various African nations to serve God and serve others. They are doing this at a sizable risk, considering American citizens no longer have their government’s protection the way they used to. Nevertheless, they have counted the cost, and decided that their Father’s backing is enough.

Witnessing this impetus of today’s Christian teens brings to mind Haggai 2:9, which says:

” ‘The latter glory of this house will be greater than the former,’ says the LORD of hosts, ‘and in this place I will give peace.’ “

Emily Tomko's radical encounter with the Lord while at a nightclub changed her life forever and inspired her first novel, College Bound: A Pursuit of Freedom. She is the author of seven books, including 31 Thoughts on Prophecy and Leaving the Shallows: igniting the faith that overcomes the world. Her tastes tend toward vintage and she's a Germanophile, having spent a year in Bremen and Nuremberg. Emily loves the scriptures and writes with fierce compassion and a deep desire to see people freed from the miry clay of this world and walking in the truth.
Previous Be Fearless in Battle
Next Cheerleader with Severe Brain Injury has Miracle Healing