Breaking News
Home / Family / Wealth and Wisdom: What I wish I’d Known as a Teen 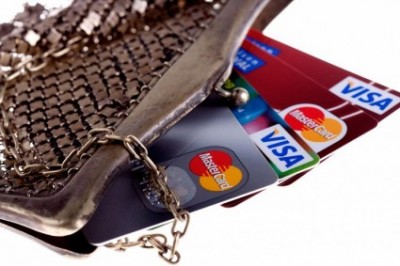 Did you ever think of debt as a demonic system designed to entrap you?

Wealth and Wisdom: What I wish I’d Known as a Teen

Have you ever thought of financial debt as a demonic system used to trap people?

One of the first things I received in my college mailbox as a freshman was a credit card offer. I’d been warned about credit cards, but I didn’t realize debt was a sin.

“Pay to all what is owed to them: taxes to whom taxes are owed, revenue to whom revenue is owed, respect to whom respect is owed, honor to whom honor is owed. Owe no one anything, except to love each other” (Romans 13:7).

Pastor Craig Hill, of Family Foundations International, said God began speaking to him and his wife that debt was not only a sin, but that our entire cultural system of borrowing, mortgages, and loans has been a tactic of the enemy to enslave individuals and the nation. Hill noted that our great-grandparents did not start out their young adult lives with the piles of debt that we have, and even their houses were often funded by a new couple’s parents or built by the community.

Hill said that when God began showing him and his wife these principals, he had a ten-year mortgage. “It’s going to take a miracle to get out of this,” he told God, “But I’ll do anything You say so I’m not under demonic bondage.” Hill testifies that by God’s grace, he was able to pay off his house in two years instead of 10.

So what do I wish I’d known about wealth as a teenager that I know now? If I’m meant to have a car, college education, or anything else our society says is “essential” have I asked God: First if I should have it, and if so, will He help me finance it in a way that does not require debt?

Before scoffing at an idea that is so radical, consider Jesus’ words: “All things are possible for him who believes” (Mark 9:23).

“The borrower is the slave of the lender” says Proverbs 22:7. If I am indebted to a bank or other financial institution, I’m no longer my own person. I am indentured.

“The wicked borrows but does not pay back” (Proverbs 37:21). I don’t consider myself wicked, but if I borrow and cannot repay, in God’s economy as it relates to the stewardship of money, I am counted among the wicked.

God wants me to prosper. Bible teacher Derek Prince once defined prosperity as “being equipped for everything you need in every situation.” “Out of His fullness we have all received, and grace upon grace” (John 1:16). The gospel of the kingdom is not prosperity theology, nor is it poverty theology. It is abundance.

“Whoever is generous to the poor lends to the Lord, and He will repay him for his deed” (Proverbs 19:17). God has proved this to be thoroughly true in my life, even when I thought I couldn’t afford to be generous. And I love what someone said, “When you ‘lend to the Lord’ you can’t beat what He repays in interest!”

“Give, and it will be given to you. A good measure, pressed down, shaken together and running over, will be poured into your lap. For with the measure you use, it will be measured to you” (Luke 6:38).

Teenagers and young adults, you are on the brink of setting a path for financial triumph or tragedy, depending on how you steward what God has given you. What will your stance be on debt? If you are financially indebted now, have you asked God to make a way in the wilderness of loans?

Emily Tomko's radical encounter with the Lord while at a nightclub changed her life forever and inspired her first novel, College Bound: A Pursuit of Freedom. She is the author of seven books, including 31 Thoughts on Prophecy and Leaving the Shallows: igniting the faith that overcomes the world. Her tastes tend toward vintage and she's a Germanophile, having spent a year in Bremen and Nuremberg. Emily loves the scriptures and writes with fierce compassion and a deep desire to see people freed from the miry clay of this world and walking in the truth.
Previous A Prayer for Divine Healing at a High School Graduation
Next The Standing Ovation That Jesus Christ Gave