Breaking News
Home / Family / What If You Marry The Wrong Person? 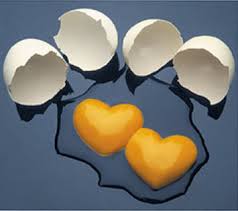 What If You Marry The Wrong Person?

As Christians we are hear a lot about finding the mate God has for you, but what if you choose the “wrong” one?  What if you got married and then became a Christian and your spouse is not a believer?  As always, God’s Word is our guide.

To the rest I say this (I, not the Lord): If any brother has a wife who is not a believer and she is willing to live with him, he must not divorce her. And if a woman has a husband who is not a believer and he is willing to live with her, she must not divorce him.  For the unbelieving husband has been sanctified through his wife, and the unbelieving wife has been sanctified through her believing husband.  But if the unbeliever leaves, let it be so. The brother or the sister is not bound in such circumstances; God has called us to live in peace.  How do you know, wife, whether you will save your husband? Or, how do you know, husband, whether you will save your wife?  1 Corinthians 7:12-15 (NIV)

God’s Word is clear in that He expects you to honor your marriage vows as long as your spouse is willing to live with you.  The reason for this is clear from verse 16 where he, Paul, says that the unbeliever may become a believer through his or her spouse.  God’s purposes are eternal ones.  Salvation for all is His highest priority and why Jesus made the ultimate sacrifice.

Peter echoes this in 1 Peter 3:1 when he says, “Wives, in the same way submit yourselves to your own husbands so that, if any of them do not believe the word, they may be won over without words by the behavior of their wives.” (NIV)

As with all things, God can make the “wrong” choice into the right one, but that is not an excuse to go against His original intention, which is for us, as Christians, to not be unequally yoked with unbelievers (2 Corinthians 6:14). Why does God say this?

Historically, the Israelites had repeatedly been led into worshipping false gods by marrying into, or fraternizing with, the people around them who did not follow the one true God.  God had forbid this intermarrying for this very reason.

Do not make any treaties with the people of the country, because when they worship their pagan gods and sacrifice to them, they will invite you to join them, and you will be tempted to eat the food they offer to their gods. 16 Your sons might marry those foreign women, who would lead them to be unfaithful to me and to worship their pagan gods. (Exodus 34:15)

Every time they did not obey God’s command about this, they suffered.  Did they not believe what God said?  Did they not care?  I do not think either is the case.  It is clear to me when I read The Bible that they were just like us, and what are the forces that move us to do other than what God says to do?  We think we know better.  We get into situations that we shouldn’t, where we find it nearly impossible to turn back once we have gone so far.

The worst thing we can lose is our salvation and our relationship with our Heavenly Father.  If we choose “other gods” instead of Him, we break our fellowship with Him.  We should take heed of the multitude of examples from God’s Word of what happened to the Children of Israel when they chose to disobey and walk away from God.

These things happened to them as examples for us. They were written down to warn us who live at the end of the age.  1 Corinthians 10:11 (NLT)

God can redeem any situation, it is true, but obedience is still better than sacrifice. (1 Samuel 15:22)