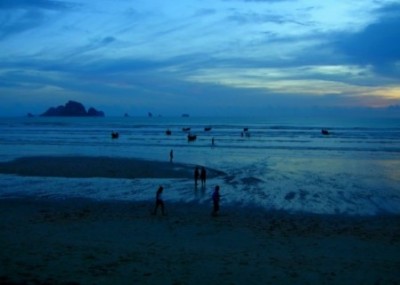 Young and reckless, I loved running yellow lights. Who has time to wait? Life may slip away if we don’t grab all the gusto. Right? Okay, I’ve stopped running caution lights now, but, I still stand in front of the microwave counting down seconds and usually open prematurely. Well, you get the picture; and, I’m guessing most people don’t like waiting. Is it any wonder the Latin word for patience is ‘suffering’?

Although standing still can be difficult in one’s Christian walk, it’s not wasted time. During periods of actively waiting offers an opportunity for fine-tuning our listening ears. Let’s explore how Israel’s King Jehoshaphat responded when the Ammonites, Moabites and people of Mount Seir launched a major assault against Jerusalem. Certainly, Jehoshaphat felt fear when several great armies arose against them because he knew they had no chance of winning against such an onslaught.

First of all, the king proclaimed a fast throughout all Judah and called an assembly meeting. He asked the congregation to join him in seeking the Lord. Together they prayed and waited. Jehoshaphat pleaded, “O our God, will You not judge them? For we have no power against this great multitude that is coming against us; nor do we know what to do, but our eyes are upon You” (2 Chronicles 20:12 NKJV). The King knew that all power and authority rested upon God and unless He acted on their behalf, they would be annihilated.

While the people of Jerusalem were in prayer asking the Lord for help the Spirit of the Lord came upon Jahaziel and he said, “… Do not be afraid nor dismayed because of this great multitude, for the battle is not yours, but God’s…You will not need to fight in this battle. Position yourselves, stand still and see the salvation of the Lord” (2 Chron. 20:15-17 NKJV).

The takeaway for us as we study this passage is understanding that our struggles belong to the Lord. When frightening times come our way, and they will, we need to seek God with our whole hearts by prayer, fasting and quietness. God will grant wisdom if we calmly wait upon His timing and guidance. We hear His voice best when we are resting peacefully, standing still in His presence; thus, allowing Him to defeat our opponents. Be still and know (Psalm 46:10).

Darlene enjoys farm life in rural southern Georgia USA
Previous Rededication
Next What If You Marry The Wrong Person?