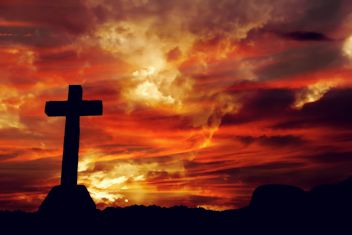 Sometimes what goes on behind the scenes is more significant than what is being watched on the screen. This is certainly the case with the “Son of God.” Even though it has been controversial, the actions of a few individuals demonstrate the spirit of the movie.

On Sunday, March 16, 300 low income families in Pasadena, California, were picked up by six buses and taken to a private screening of “Son of God” at the Pacific Theater in the Americana Mall, complete with popcorn and a drink. This also included a dinner. The event was hosted by 168 Film Project, a worldwide film making and writing competition based on scripture, and was the brainchild of 168 founder, John David Ware.

The organization partnered with WOW International, a ministry which provides food, bicycle repair, entertainment, and the gospel to people in the inner city, the main purpose of which is to build a bridge to the underprivileged.

In a letter sent out by John David Ware, he quoted the Bible passage in Matthew 22:2-13 that talks about a wedding feast a king planned for his son. Many people were invited but were unwilling to come or paid no attention, so the king told his slaves to go to the streets and gather together all they could find. They did so, and the wedding hall was filled with dinner guests.

This story illustrates the building of God’s Kingdom. Jesus did not say to wait and hope that people will come to us. He told us in Matthew 28:19-20 to go into the world and make disciples, and in so doing we must be willing to go to the streets to find the poor and needy. While those 300 low income families were watching “Son of God,” the love of God was being shown in real life.

John Livingston Clark is 67 years of age and lives in central Washington State. He has written two published books, and two published poems. His initial book is called, " God's Healing Hope: Breaking the Strongholds of Wrong Thinking." His second book, released in December of 2016, is a motivational book written to seniors titled, " Seniors: Are You Retiring or Recharging?" Both books are available on amazon. You can also view his writings on www.faithwriters.com. John is available to speak on a variety of topics. Visit me at jclarkministries.com
Previous Just a Girl and Her Heart
Next Jesus Christ: Our Eternal Flame of Hope