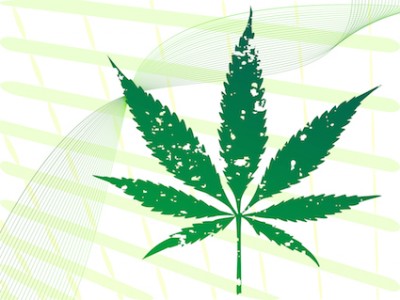 A Christian Response to Marijuana Legalization

Colorado and Washington have led the nation in the direction of the legalization of marijuana. My own mid-west state has finally followed suit, after several attempts, to get the initiative on the ballot. Does this present a dilemma for Christians who hold libertarian or constitutionalist political viewpoints? This may or may not qualify as one of those personal decisions we are free to make for ourselves.

I have never experimented with illegal drugs of any kind. Not because I was “above” doing so when I was younger. I had a very strict father. I didn’t get to do whole lot of anything, so the opportunity just never came up. I didn’t like my dad very much in my teen years because of this. It was unfair. I never did anything to not be trusted so why did he not trust me to go places with friends? One logical, yet still unfair, reason–in his younger days he was that kid he didn’t want me around.

I did have an opportunity one time before I reached my twenties. I had no risk of being caught if I did, but I did not take that hit when it was offered. I wish I could say it was because of the high moral standards I had developed, but it wasn’t. I just thought to myself, “I have not tried any drugs to this point so why bother to do it now.” That, and I imagined how ridiculous I would look.

My son recently asked would I ever try it. Now, 30 plus years later–should it become legal, my reasoning for not partaking would be different. Admittedly my moral standards are a bit higher than they once were. They had better be, since that is a natural outcome of spiritual growth. When I answered him, however, I did not site the “sinfulness” doing drugs. My reason is simple and not at all profound.

One indulges in drugs (prescription or illicit) or alcohol to alter their state of mind or relieve pain. Pain can be emotional or physical. Altering one’s state of mind is usually done to reduce stress and anxiety. No one would ever accuse me of being the life of any party. Alcohol or drugs perhaps would make me more sociable but if my inhibitions are lowered, if the filter on my mouth is not operating properly, I could do something to dishonor my Lord. In addition, people have a distinct ability to spot hypocrisy. It would damage my witness for Christ. I cannot risk doing anything that would allow me to do that.

At some point, it is likely that the legalization of marijuana will come. But everything that is legal is not necessarily wise. We already have an increasing number of people on prescribed anti-depressants. When prescribed appropriately these drugs have their place.

“When Jesus heard this, he told them, ‘Healthy people don’t need a doctor—sick people do. I have come to call not those who think they are righteous, but those who know they are sinners’ ” (Mark 2:17).

Can one be saved and choose to smoke marijuana? The question Christians should be asking is why do so many people have the desire to make it legal? We are all sick and we want to feel better.

There are a lot of hurting and empty people trying to fill a void. That void is one that only Jesus can fill.
With whom can you share the Good News about our divine healer?

“And I will ask the Father, and he will give you another advocate to help you and be with you forever–”
(John 14:16)

Melinda is currently the worship leader at her small church in rural America. Married for 23 years, she and her husband Larry have one son. She is the Director of Mailing in the print/mailing industry by day and freelance author by night. Her desire to write is a passion borne from tragedy. God used it to take her faith to a much deeper level. Melinda is a freelance writer and member of FaithWriters. She joined the TBL team in March 2014. Believing we are citizens of a greater ‘kingdom,’ her articles for The Bottom Line examine governmental responsibility, citizen involvement and current political topics. With the great wisdom contained in scripture as her guide, she looks at today’s political environment from a Biblical perspective. She prays her words will prompt the reader to view citizenship - and every aspect of their life, through the eyes of faith. Col 3:17 To read more of Melinda’s writings on her faith, hope, and life visit her blog Still Living Still Loving or her page at Faithwriters.com. You can also follow her on Twitter @MKZbk.
@@MKBzk
Previous Saved From the Power of Sin
Next Should Christians “Bake for them two”?