Breaking News
Home / Featured / A Ministry To The Terminally Sick 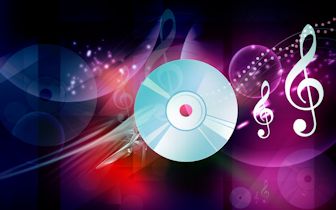 A Ministry To The Terminally Sick

A Ministry To The Terminally Sick

If someone in your family has a chronic or terminal illness, or you know of someone who does, it can be a very difficult time with few people or resources to turn to for help. Such was the case with Darren and Misty LeBlanc. Misty was diagnosed with brain cancer and died at the young age of only 27 in September of 2008.

During her battle which was a very “dark and depressing” time for both of them, they were given a CD with scripture verses on healing, but it was of poor quality. That gave them a vision for starting a new ministry. Darren has experience in music that began at age 14, including having his own recording studio. A decision was made to produce high quality CD’s with professional voice artists reciting scripture dealing with healing, accompanied by a music background.

Darren heads up a ministry called “Anthem of Hope,” based in Lincroft, New Jersey. His ministry offers hope and encouragement to anyone impacted by chronic or terminal illness. The music and scripture recordings are called an “Encouragement Disc,” and provide “resources to facilitate the growth of faith and hope in the midst of trials” so that there can be a “transformation from despair to hope; the movement from a dark place to one of joy.”

The ministry of “Anthem of Hope” is being further enhanced by Darren obtaining his degree in biblical and theological studies at Western Seminary in Portland,Oregon, so he can develop a greater knowledge of how the Bible deals with healing. This happens to be the same school from which I graduated in 1979. He is very committed to this ministry of helping provide resources and encouragement to the terminally ill. Darren is studying online but also commutes to Portland occasionally, while at the same time holding down a full-time government job in the field of engineering.

God is using the dark time in the lives of Darren and Misty LeBlanc to provide resources of light for spiritual hope and healing to countless people afflicted with, and impacted by, chronic and terminal illness. If you or your spouse, or someone you know has a terminal illness, an “Encouragement Disc” can be obtained or downloaded for free at www.anthemofhope.com. Someone will have hope and faith at a time when it is needed the most.

John Livingston Clark is 67 years of age and lives in central Washington State. He has written two published books, and two published poems. His initial book is called, " God's Healing Hope: Breaking the Strongholds of Wrong Thinking." His second book, released in December of 2016, is a motivational book written to seniors titled, " Seniors: Are You Retiring or Recharging?" Both books are available on amazon. You can also view his writings on www.faithwriters.com. John is available to speak on a variety of topics. Visit me at jclarkministries.com
Previous Proof of Love
Next Asleep at the Wheel