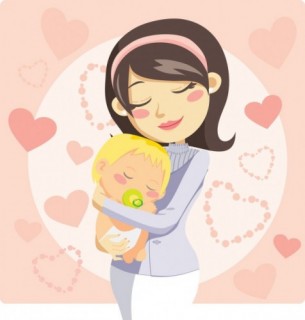 Domestic abuse still remains one of the biggest problems our nation is trying to combat. Despite the tons of advertisements and foundations dedicated to its eradication, domestic violence still lives on. More often than anticipated, this abuse almost always results in death. Sadly, death was the result for victim Jessica Arrendale. But the thing that overshadowed the way she died was her selfless heroic act of agape love to save her baby girl.

The love of a mother is one of the most potent elements in life. Yet many live without fully experiencing it. Not because their mother died, but because their mother didn’t love. It always eludes me how a mother could abandon or give away their child/children; how a mother could abuse or sit and watch someone else abuse their child/children. The birth of a child has the potential to change the mother for better or for worst. So I ask, what is that deciding factor? I know circumstances tend to influence actions, but I believe that a mother’s love for her children should always remain constant.

Jessica Arrendale’s action proved her undying love for her child even when she was dying. She had been beaten with a baseball bat, and was shot in the head by her boyfriend and the father of her child. Still, she selflessly struggled to save her daughter. She could have crawled to the phone and call for help or try to hide. Instead, Jessica used her last ounces of strength to protect her child by placing her in the toilet so she could use her body as a shield and lid for the secret hiding place. Unfortunately, the Police found Jessica dead, slumped over the toilet bowl. One can only imagine the surprise looks on their faces when they removed her body and discovered the baby in that unusual hideaway.

I harbor no discrimination for mothers who deeply love, but circumstances keep them away from their children. However, there are mothers out there fully cable of loving and caring for their children, but choose not to. They allow men, drugs, drinking, and partying among other things to take priority. This world is full of crazies. Mothers, I implore you to love your children unconditionally. Find creative ways to hide them from the monsters that roam our world in many shapes and sizes.

“Behold, children are a heritage from the Lord, the fruit of the womb is a reward.” (Psalm 127:3)

Amelia Brown is from the beautiful island of Jamaica. She is a 28 year old Guidance Counselor by profession, but a passionate writer at heart. Most of her articles written are aimed at stimulating positive change under the guidance of the Holy Spirit. She is also a published poet and a member of Faithwriters. Outside of writing, she enjoys volunteering, cooking, and turning frowns right side up. Amelia currently lives in New York.
@ameliambrown
Previous Exercise Your Faith
Next Whoa! What’s That Smell?