Breaking News
Home / Teens / Are You Flogging the Donkey? 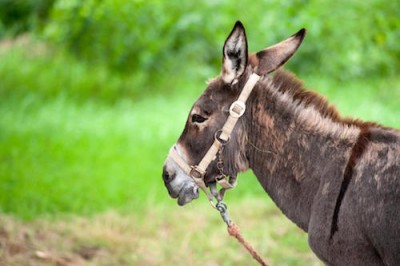 In the Bible, Numbers 22 carries a very powerful story about a seemingly stubborn donkey. You see, Balaam was summoned by a mighty king to come over and lay a curse on the Israelites. God advised him not to go, but he insisted on going anyway. He stood to gain a lot, and he wasn’t contented with ruining his perfect opportunities. His means of transportation to go visit Balak’s kingdom was his trusty old donkey.

All went well on their journey … until the donkey started acting up, that is. The first thing he did, was turn into a field when he should have been continuing straight ahead. Balaam must have thought, “Really? I know you didn’t!” before he struck the donkey and led him back on the path. He probably was getting ready to get over it, when it happened again. This time, the donkey accidently crushed Balaam’s foot against a wall in her refusal to go forward. Enraged, He flogged her again.

Balaam was confident that his second whupping would have set his defiant donkey straight. Boy, was he wrong. For the third time, the donkey acted out, sitting in the middle of a narrow road with Balaam still on top. This must have made Balaam’s blood boil with anger. And so for the third time, he struck the donkey again. The donkey have had the last straw, he needed to speak up. So, God allowed the donkey to talk. He asked Balaam, “What have I done to you, that you have struck me these three times?” (Numbers 22:28)

Are you flogging the donkeys in your life?

The donkey could be your parents, teachers, maybe even your best friend. In essence, the donkey represents anyone in your life who’s giving you a hard time because they want to see you succeed. The donkey may seem stubborn and hard-headed, telling you where to go and what to do. Telling you what to wear, who not to hang out with, and is pretty much cramping your swag and stifling your future. You may see this donkey as standing in the way of your opportunities, instead of actually looking out for you.

Balaam thought so too. He thought his donkey was just being a stubborn old mule. He flogged him repeatedly until God stepped in and opened Balaam’s eyes to the truth. The donkey could see what he couldn’t. He saw danger up ahead in the form an angel with a sword, ready to take his rider’s life. The donkey might have hurt Balaam’s foot—and his ego, but he repeatedly saved his life each time he stubbornly refused to go forward. When God finally opened Balaam’s eyes, he was able to see the angel with his sword, and the reason behind the donkey’s actions.

Remember that the donkeys in your life are sometimes able to see the dangers ahead, especially those like your parents, pastor, or teachers. They say experience teaches wisdom. Most of the time, they know what they’re talking about. So instead of flogging the donkeys in your circle, embrace them and give them the benefit a doubt. They only have your best interest at heart in the end.

How can you learn to appreciate the donkeys in your life, instead of flogging them?

Amelia Brown is from the beautiful island of Jamaica. She is a 28 year old Guidance Counselor by profession, but a passionate writer at heart. Most of her articles written are aimed at stimulating positive change under the guidance of the Holy Spirit. She is also a published poet and a member of Faithwriters. Outside of writing, she enjoys volunteering, cooking, and turning frowns right side up. Amelia currently lives in New York.
@ameliambrown
Previous I Just Want To Testify–As Simple As 1,2,3 (Part 1)
Next God’s Got Your Back! 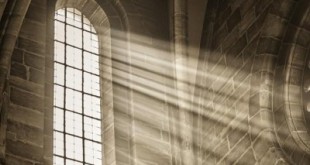 Inspiring YA Book That Everyone Should Read 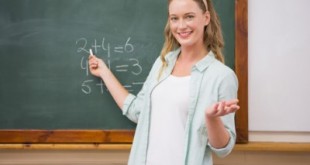 Does Math Hold the Answer to Finding Mr./Mrs. Right?

Finding “Mr. or Mrs. Right” is a task that is less than easy. Some people ...