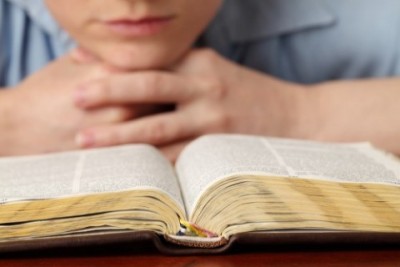 “…and a child shall lead them.”

In the prophesied Kingdom of Christ (Isaiah 11), we read of peace and unity unimaginable to many.  Christ taught his disciples to pray, “Thy Kingdom come,” and to live so that the Kingdom reality changed the world.  The charge for Christians today remains the same, and a child in Broward County, Florida leads those who heed his example.

Twelve year old Giovanni Rubeo loves reading the Bible.  He received a copy of the Scriptures from his church as a Christmas present, and took it to school for his 90-mnute free reading.  His desire to read the Word brought an unexpected firestorm.  Gio said that the first two times he was told to put the Bible away and choose another book he was embarrassed.  With the support of his father, though, Giovanni stood strong on April 8th of this year.  Giovanni explains his encounter with his teacher as free read time began.

“When I was reading my Bible, she said, ‘Giovanni, what book is that?’ I was a little afraid,” he told me.

“She told me to put it on her desk and I said no.”

Giovanni did exactly as his father instructed.  Following the previous events and contact with the school by Paul Rubeo, Giovanni’s father, Rio was told that if the teacher objected again he needed to politely ask her to call home.  He did so, and the phone message left for Mr. Giovanni clearly states, “I noticed that he has a book—a religious book—in the classroom.  He’s not permitted those books in my classroom.”  Mr. Rubeo immediately contacted the school and objected to the violations of religious freedom.  The principal indicated the matter would be turned over to the school legal department.  The Rubeo family then contacted Liberty Institute, a legal group focused on protecting religious freedom in America, to represent them.

On May 5, 2014, the Liberty Institute formally addressed the Superintendent of Schools and Board Members as well as the US Department of Education.  Charging violation of First Amendment Rights and unconstitutional hostility against religion, the letter demands corrective, apologetic action from the school within ten days.   The legal action generated extensive media coverage including the Washington Times, the Sun Sentinel and Fox News among others.  (https://www.libertyinstitute.org/rubeo)

While the necessity of tackling such egregious infringements on religious freedom is clear, let us not miss the powerful testimony of young Giovanni!  In the face of peer pressure and shame from authorities, this child listened to the desire God gave him to read His Word.  Giovanni stood for His faith with humble courage that must underlie any spiritual battle.  The visible fight will be in the courts but the spiritual fight is never against flesh and blood.  As Giovanni’s brothers and sisters in Christ, let us pray for the glory of God to plant desire for His Word in the heart of all who encounter this story.

Multiple sources were used in compiling this article, including:

Billie Jo is wife to Craig and mom to Rusty and Riesa. Formerly employed in the human service industry, the past fifteen years have been dedicated to homeschooling. She is a freelance writer for a number of print and internet publications. She is also passionate about serving in the community. She works in a GED preparation ministry and a community-based servant program that provides opportunities for youth to serve others. It is passion for the love of Jesus and His transforming work that motivates her writing and serving. "I love to see God at work in the lives of others and this is the way I see best."
Previous My Worth
Next How Do I Know God’s Will?