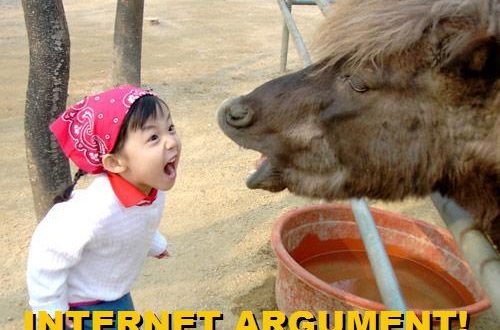 The recent election brought the differences in America into sharp focus.  It presents an opportunity we as Christians cannot afford to miss!  Separating ideas is a necessary step to building understanding and ultimately creating unity.  In fact, separation is part of creation. Consider the opening passages of Genesis and observe how God used separation to create!  As Christians, we are called to be different; we have a grand opening now to clarify how we are different.  Let’s not miss it!

Clarity is the first step in understanding; dialog is another necessary step. Hurt feelings and lashing back simply stop dialog and breed more unrest.  Currently, folks are so unsettled there is a growing attitude that simple disagreement is disrespectful.  That is a lie from the enemy who does all he can to block understanding.  The recent uproar about the cast of the Broadway musical speaking out is a perfect example.  If you’ve only heard the discussion and not the event, take a moment to listen:

The Hamilton cast used their platform—and the Vice President-Elect’s attendance—as a doorway to share their viewpoint.  Although the crowd was disrespectful, the cast was polite.  We all need to learn to maximize the opportunities that come our way to speak with candor and respect.

To the glory of the God whom he serves, Mr. Pence received their view with humble understanding.

There is another Genesis story that helps us understand our present reality of disrespectful disagreement and unrest.  The natural response to the disagreement falls far short of God’s creative pattern.  The horror and heartache of not choosing God’s way is seen in the life and legacy of Cain.  The first-born child of Adam & Eve, Cain entered history on the wings of God’s promise to send a deliverer through the “seed of the woman.”  Expectations were high for Cain.  Seemingly, Cain took pride in rising to those expectations.  As it always does when pride enters in, things went terribly wrong.

Perhaps you recall:  Cain and his brother took their offerings before God.  Cain, living out the meaning of his name, “acquired,” brought to God what he acquired through his own effort.  In truth, Cain’s offering worshipped his own ability and work, not the goodness of God.  Cain focused on himself and his pride led him to believe that not only his offering was better than his brother, he himself was superior to his brother.  God disagreed—respectfully, I might add.

God warned Cain that he was going the wrong way.  He told him, “Sin wants to master you.  You must master it.”  Cain did not; he chose to soak in his damaged pride. He didn’t seek understanding; he opted for self-righteousness and attack.  Resentment gives a home to bad attitudes and divisive spirits.  When Cain pursued the wrong path, the first human death happened.  He murdered his own brother.  Choosing the “Way of Cain” still kills.

Disrespectful disagreement is the way of Cain.  Accusations and slander are not dialog.  Scripture always reveals the better way if we take time to look.  God Himself faced disrespect and rejection earlier in the Scriptural account of history.  Having created everything for his most precious, beloved creation—humanity—and entrusting it to their care, His beloved creation rejected Him. In Genesis 3:8, we see God’s response to blatant disrespect and rejection:

Humble, gentle seeking is the way of God.  Disrespected and rejected by His beloved, God sought their presence with humble gentleness.  He did not accuse but asked His loved ones where they were–what was happening in their hearts and lives.  He heard them out.  He let them speak and arrive at understanding in their own time.  His ways were not subverted.  He knew His plans and His power.  He knew the consequences His loved ones would endure and eventually He shared that–but with words of hope.  Love does not fail.  It doesn’t quit.  It doesn’t attack.  Love is the way of God.

The details are still being worked out, but confidence in His goodness and power still allows us to walk with humble gentleness.  Jesus exemplified the same pattern throughout His earthly life and the disciples did as well.  God-confidence allows us to respond to those who reject—and even disrespect—us in the same way.  We do not have to defend ourselves—or even God.  He has it all under control.  Oswald Chambers succinctly reminds us, “We are not called to make converts to our opinions.  We are called to make disciples.”  We can’t make disciples if we can’t show others what God looks like.

Truth does not need to shout.  Truth reveals itself in time.  Railing at people is not the way of God; reverence for the holiness of God reveres trust in His power and willingness to act righteously.  The archangel, Michael demonstrated this truth even as he battled a demonic angel (Jude 1:9).  The way of Cain or the way of God is a choice that matters.  We must respond to all of life in the way of God!

It isn’t easy, but God Himself lives within us.  Before we respond to a Facebook post or an aggressive opponent, let’s stop and ask God to make us more aware of His ways.  My favorite passage to prepare for the day is Colossians 3:2. It helps me remember what God looks like—what I want to look like.

What things push you toward the Way of Cain. How can you prepare to stay on the Way of God?

Billie Jo is wife to Craig and mom to Rusty and Riesa. Formerly employed in the human service industry, the past fifteen years have been dedicated to homeschooling. She is a freelance writer for a number of print and internet publications. She is also passionate about serving in the community. She works in a GED preparation ministry and a community-based servant program that provides opportunities for youth to serve others. It is passion for the love of Jesus and His transforming work that motivates her writing and serving. "I love to see God at work in the lives of others and this is the way I see best."
Previous The Exodus Crossing of the Red Sea: Fact or Fiction?
Next What Kind Of World (part 1) 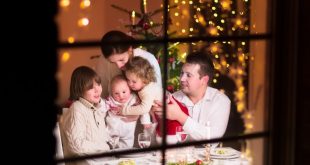 Fruit from the Holidays

There’s nothing like the holidays to highlight the challenge of relationships.  Our hearts crave connection.  ...