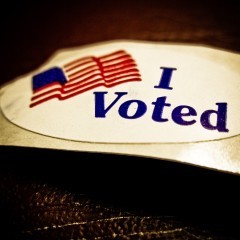 You may be familiar with pediatric neurosurgeon, Dr. Ben Cason from the book and movie, “Gifted Hands.” Carson grew up in a single parent home and was challenged with poverty, poor grades, and a bad temper, but he perserved! He has an incredible testimony and his story is an inspiration, where faith and God are always at the center of his life.

Carson overcame his obstacles and became the first surgeon to separate conjoined twins at the head. He gained political awareness when he gave the keynote speech at the 2013 National Prayer Breakfast. His sudden popularity among conservatives led him to being the featured speaker at the 2013 Conservative Political Action Conference.

Carson has announced that he will seek the Republican nomination for President of the United States. Is it possible for a turn-around in America with Carson at the head of our great country? The last time I remember a conservative Christian in office was with the Reagan administration. I realize that the answer to America’s plight does not reside in a human leader, but what if Carson can be the catalyst for real change, that is with Christ at the center?

Let’s take a look at some of Carson’s views and platform issues to see if he could be a president who could effectively lead this country back to the roots and foundations upon which it is built.

My entire life has been devoted to saving and enhancing lives. Thus, the thought of abortion for the sake of convenience does not appeal to me. I am unabashedly and entirely pro-life. Human life begins at conception and innocent life must be protected.

Marriage is between a man and a women. It is a well-established, fundamental pillar of society. And no group-be the gays; it does not matter who they are-they don’t get to change the definition.

Medical use of marijuana in compassionate cases has proven to be useful, but recognize that marijuana is what is known as a gateway drug-a starter for people to move on to heavier drugs.

The Unites States of America was founded on Judeo-Christian principles. We can and should be proud of that fact; however, we need to reserve the recent trend of secular progressives using activist, federal judges to drive faith out of our society. Our first Amendment enshrines our freedom to practice whatever faith we choose from any government intrusion.

We must always stand with Israel and her people.

Read about Dr. Carson’s other platform issues such as health care, military, balanced budget, and to find out more information at his website.

America needs change, we are in desperate need of this country turning back to God. Carson among all the other presidential candidates who are running for the 2016 presidency, appears to be following Biblical principles.

Dr. Ben Carson for President is worth checking out. If you believe he would make a great leader for our nation, please let our other readers know why. Please share this article with your Christian friends and family, let’s get the word out! Thank you and God bless.

“If my people, which are called by My name, shall humble themselves, and pray, and seek My face, and turn from their wicked ways; then will I hear from heaven, and forgive their sin, and heal their land.” 2 Chronicles 7:14

Stephanie has a heart and passion to see broken lives restored and redeemed through Jesus Christ. She writes through her personal experiences and her educational and professional background. She has over 17 years experience in counseling, and has a Master's degree in Social Work, Bachelor's degree in Psychology, and is a Licensed Belief Therapist. Stephanie has been married for 16 years,and has one grown son. Stephanie's desire through her writings is to bring hope and encouragement to the body of Christ, that no matter what you have been though or going through, there is restoration and redemption through Jesus Christ.
@Stephrreck
Previous 3 Keys for Deliverance from Demons
Next A Conversation With My Father