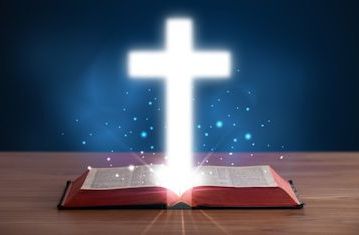 Why is there so much controversy about religious expression in the public school system? The answer is that many public school teachers and administrators either do not know the law or don’t have the courage to defend the students’ rights of religious expression in the classroom and on the campus, for fear of being sued. They bow under pressure to an individual threat or to an organization’s legal clout.

It has been approximately 50 years since the U.S. Supreme Court’s decision to ban prayer and Bible reading in the public schools. How did this all come about? A woman by the name of Madalyn Murray O’Hare was a well known atheist around the middle of the last century who was very bitter toward any form of religious expression. She became very irate one day when she heard the phrase “under God” in the recitation of the Pledge of Allegiance by kids in a classroom. She then went on a personal mission to remove that and other religious expression from the public schools. After a long process the U.S. Supreme Court voted 8-1 in June of 1963 to make prayer and Bible reading illegal in that setting.

Because students still have a First Amendment right to free religious expression what exactly was “banned?” The Supreme Court struck down “state-sponsored” or “state-organized” religious expression. In other words, what is illegal is for a staff member to be involved in the promotion, organizing , or running of a religious activity. It must be promoted, organized, and run totally by the students. Within these parameters it is entirely legal. In the 50 years since the ruling there has been a misunderstanding by both the public and school officials in making this distinction, and it continues to the present day.

Recently a grade school girl was told she couldn’t pray before lunch in a school cafeteria. Another student was told he could not read his Bible on his own free time. Other examples are when some students were ordered not to give out coins with Bible verses on them or that it was not acceptable to express their religious faith when writing papers. There are countless cases where school officials either do not know the law, or maybe do not WANT to.

At the same time there is a resurgence of religious activities. Students, apart from any staff involvement, can have Bible clubs, prayer, or write papers expressing their faith, and it is not limited to that. In fact, one web page had a heading, “School prayer: 50 Years After the Ban God and Faith More Present Than Ever.” It definitely is on the rise as students are beginning to exercise their rights of free expression and educators become more versed in the legality of the matter. That is especially true at one high school.

Red Bank High School in New Bethlehem, Pennsylvania has what students consider to be “by far the world’s largest Bible club in the public schools” with an attendance of between 300-350 students, or more than half the student body. The clubs advisor is Joe Harmon, a Liberty University graduate student. Some teens have even shared their faith and have witnessed other students commit their lives to the Lord. The club is run totally by the students and the advisor only handles behavior issues and makes sure the leaders have the materials and resources they need. The teens also wear T-shirts around the school with the Bible club logo on them.

So, prayer, the Bible, and other forms of religious expression or activity never really left the public schools. If the students want it, promote, organize, and lead it, it is entirely legal. End of discussion.

John Livingston Clark is 67 years of age and lives in central Washington State. He has written two published books, and two published poems. His initial book is called, " God's Healing Hope: Breaking the Strongholds of Wrong Thinking." His second book, released in December of 2016, is a motivational book written to seniors titled, " Seniors: Are You Retiring or Recharging?" Both books are available on amazon. You can also view his writings on www.faithwriters.com. John is available to speak on a variety of topics. Visit me at jclarkministries.com
Previous “You’ve Got a Friend” Movie Review
Next The Lord Rejoices Over Us