Breaking News
Home / Featured / Health Care (And Just Care, In General) For All 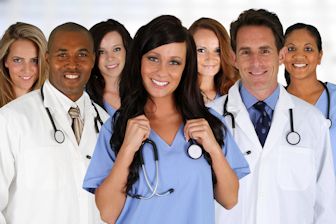 Health Care (And Just Care, In General) For All

Let’s take politics out of it for a minute and remember the old story of the guy who was stuck on his roof during a flood. He refused two boats and a helicopter saying God would save him. When he gets to the Pearly Gates, God tells him he sent two boats and a helicopter. This is sort of the same as health care and care for the poor, in general. God is sending help to these people everyday, but sometimes we miss it.

When God is concerned about health care for people who are sick, He sends doctors and nurses to help. However, He also is ushering in (through His own means) a plan that will allow the people in the world to get health care that might otherwise be inaccessible to them. While many people don’t want to “pay” the health care of others, they must remember that God says that we must do care for those who are poor and downtrodden because, when we do these things, we do those things to Him.

I’m not sure about anyone else, but I don’t want people to suffer. I feel a great deal of empathy for people who are suffering, but I know that I cannot do everything on my own. This is why we have doctors, nurses and government programs that help people to stay well. This is why we need help from large government organizations to provide this care. It would not get done all on its own because, if it could, it would have happened already.

Whether you agree with universal health care or not, please remember that Jesus wants us to help the poor and downtrodden and we will, in turn, be doing those things for Him. If He washed the disciples’ feet, so can we.

Joel M. Bauer is a 45-year-old U.S. Army Veteran from Dunn, NC, which is just outside of Raleigh. After being honorably discharged from the U.S. Army, he attended school at Taylor University, a Christian liberal arts school, in Fort Wayne, IN, where he received his BS in social work and psychology. He has worked in such places as a homeless shelter, a community based treatment center for severe mental illnesses, a school for troubled students, and other social service agencies. His current endeavor is to build The Bottom Line website into a site that inspires both Christians and non-Christians alike, and brings glory to God.
Previous Staying a Couple Once the Kids Come
Next From “Wild Card” to “Grace Card”