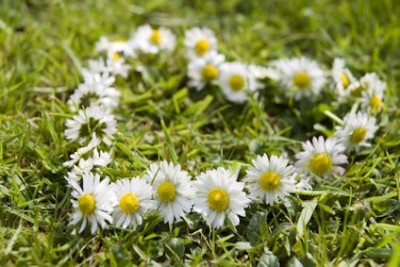 Selah seems to have a heart much like what I imagine Jesus’ to be…giving, selfless, loving, exuberant, and full of faith.  I came upon this lovely story while perusing Moneysavingmom.com.

Selah began her ministry of giving at a young six years old.  With no outside prompting, she informed her mommy she wanted to raise money for kids who needed food and water.  She named her fundraiser “By a Kid, For a Kid”.  (I figure that inspiration shot straight down from the treasure chest of heaven!)  She gave away every penny of the money she collected.

As she crept up on seven years old, she received another wave of inspiration from a story in Pockets magazine.  When her birthday rolled around,  instead of receiving presents, she gave presents to the less fortunate kids at a local homeless shelter.

At eight years old, her heart longed to help make a difference in India where some relatives were serving and to help those effected by Super Typhoon Haiyan.  Her next steps were praying then painting.  Her parents opened an online store for her and with her proceeds, “God allowed her to help Him clothe two entire orphanages of children and give over $500 towards disaster relief through Compassion.”

Upon turning nine, Selah helped a local family after a serious accident.  She painted and sold more pictures earning a generous $600 to help the family with their medical bills.  She then heard of a fundraiser on Lisa-Jo Baker’s blog spot, saw the posted pictures, and immediately plunged into the kind of enthusiastic thrill of wild abandon that only children can accurately display.  “MOM — $10 gets ONE HUNDRED bowls of porridge for kids??… Look at that playground! Now THAT is awesome! I’d wanna play on that thing!… And it doubles as a church platform? That’s such a good idea!…”  Selah didn’t hesitate to pledge her support to the #TenDollarTribe.  One hundred percent of her hard earned money from babysitting and other efforts goes to help the awesome kids in Maubane and Reagoboka, South Africa.

Selah’s heart and initiative are inspiring!  She sees the possibilities and trusts God to make the way.  She aspires to one day be like Lisa-Jo speaking to lots of people on a blog because “she wants to help more people than she can on her own.”  Her message she considers most important for others is: “Just do what God says!”  Short, sweet and to the point – and so very rewarding!  (Proverbs 3:5-6)

In what ways has Selah inspired you today?   What big or small, but profoundly helpful, steps can you take to make life a little more bearable for someone else?

I just love walking outdoors - day or night. I identify most with the creative side of God and am energized by His artistry all around this world. He amazes me every time I turn around! Yeah, God and thank you, Jesus.
Previous Helping Meet Your Spouse Spiritually, Even Before You Meet
Next Opportunities Come In Small Packages