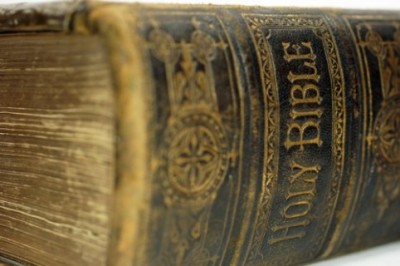 Many times people wonder why they should have to ‘learn about a bunch of dead guys.’ They’re unable to see the purpose of studying history. Though I don’t agree, I can understand why they would say that. Until we apply the lessons of history to our own lives it is nothing more than a collection of facts about people that we didn’t know (and don’t really care to either).

5 They said to him, “You’re old, and your sons don’t live as you do. Give us a king to rule over us like all the other nations.” 6 When the elders said that, Samuel was not pleased. He prayed to the Lord, 7 and the Lord told Samuel, “Listen to whatever the people say to you. They have not rejected you. They have rejected me from being their king. 8 They are doing as they have always done. When I took them out of Egypt, they left me and served other gods. They are doing the same to you. 9 Now listen to the people, but warn them what the king who rules over them will do.” 19 But the people would not listen to Samuel. They said, “No! We want a king to rule over us.20 Then we will be the same as all the other nations. Our king will judge for us and go with us and fight our battles.”

There is much to be gained by acknowledging the value of studying the successes and the failures of the past. Learning from mistakes helps us to succeed in the future. There is always someone, however, trying to put a new twist on an old failure in the hopes of getting it right.

The United States and our system of government were created because we rejected the idea of a ruling king. They believed our rights came from our Creator, not from the king, nor from any man. America has seen her share of trials, but our nation has been a blessed one indeed. But I’m not so sure, however, that we will continue to be. We are rejecting God – just like the Israelites did. They were God’s chosen people and yet they still turned away from Him.

It’s interesting to me that we have difficulty accepting the idea of God imposing His unreasonable rules on us. Though we are free to choose whether we will or not, we are indignant at the thought of tithing. Yet when the government taxes us, we just accept that a certain percentage of our income will be taken before we even see it. God doesn’t need our money, but He knows we need to give. The state, on the other hand, does need our money and even demands it. To maintain itself, the government will continue to demand more.

We seem to be systematically pushing God out of America. No prayer in school. The Ten Commandments monument removed from the Alabama state judicial building. Religious convictions ignored. It appears that we are trading in His freedom for the opportunity to ‘be like all the other nations – with the government to lead us’ (and provide for us and fight our battles). We have forsaken The King who owns everything and who lovingly provides for all. We now choose a ‘king’ (our government) that owns nothing and can only give to some, what it has demanded from others – once its own needs have been met.

Ecclesiastes 5:8-9 (NCV) 8 In some places you will see poor people mistreated. Don’t be surprised when they are not treated fairly or given their rights. One officer is cheated by a higher officer who in turn is cheated by even higher officers. 9 The wealth of the country is divided up among them all. Even the king makes sure he gets his share of the profits.

Shouldn’t we learn from history, instead of repeat the mistakes of the past? We cannot go wrong when we allow the Lord Jesus to be our King.

Melinda is currently the worship leader at her small church in rural America. Married for 23 years, she and her husband Larry have one son. She is the Director of Mailing in the print/mailing industry by day and freelance author by night. Her desire to write is a passion borne from tragedy. God used it to take her faith to a much deeper level. Melinda is a freelance writer and member of FaithWriters. She joined the TBL team in March 2014. Believing we are citizens of a greater ‘kingdom,’ her articles for The Bottom Line examine governmental responsibility, citizen involvement and current political topics. With the great wisdom contained in scripture as her guide, she looks at today’s political environment from a Biblical perspective. She prays her words will prompt the reader to view citizenship - and every aspect of their life, through the eyes of faith. Col 3:17 To read more of Melinda’s writings on her faith, hope, and life visit her blog Still Living Still Loving or her page at Faithwriters.com. You can also follow her on Twitter @MKZbk.
@@MKBzk
Previous The Tongue of the Wise Brings Healing
Next A New Life