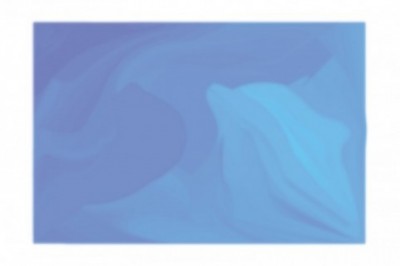 Inspiring Winter: Tale of a Dolphin

In December 2005, Winter was a several-month-old bottlenose dolphin living in coastal Florida waters. It was there that she became entangled in a crab trap, her life hanging in the balance. She was rescued and taken to the Clearwater Marine Aquarium in Clearwater, Florida. Sadly, her tail had to be amputated due to the loss of blood supply during her entrapment. Life for Winter would look very different from that of other dolphins. She would likely have spent her first 3 to 6 years with her mother, and even returned again to her when she had a calf of her own. She would have played with other dolphins, tossing seaweed at them in fun, and if she found an injured dolphin, her instinct would have been to help support it at the water’s surface so it would not drown. These are typical bottlenose dolphin behaviors, but Winter isn’t a typical dolphin! She now has a prosthetic tail…

Our family met Winter in the fall of 2011 while vacationing in Clearwater Beach, Florida. One of her caretakers demonstrated how her prosthetic tail is placed on so she can freely swim as she was meant to do, and told us how the movie A Dolphin Tale, starring Winter, was filmed at the aquarium. Winter has drawn quite a crowd since the Clearwater Marine Aquarium became her home.

Winter has a special purpose. She is an inspiration to many people who suffer from physical disabilities. Even her prosthetic tail, created by a prosthetist from Ireland, Kevin Carroll, and a team of experts, has been a blessing for many, with its development from plastic and silicone now being used to ease discomfort for human amputees using prosthetic limbs.

I believe Winter is such an inspiration because she speaks to the human spirit in time of distress and tragedy through her perseverance and desire to beat the odds against her. She responded to the love, care, and concern shown to her and is an example of what this response can do–even for us! Many would laugh at the idea that God can use animals to teach us about life, but I believe He did just that through one “inspiring” dolphin named Winter.

More information on Winter is at: http://www.seewinter.com/

My husband Dan and I have three children and three grandchildren. We live in central Illinois. I am a graduate of The Institute of Children's Literature, a member of faithwriters.com, and a member of SCBWI. My writings have been published at chirstiandevotions.us, in DevotionMagazine, the PrairieWind Newsletter, and here at thebottomline.co.
Previous Praying Pets: Because It Really Does Happen
Next The Importance of Overcoming Anger, and How To Do It