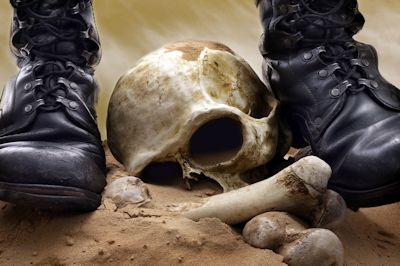 Ouija Board: A Christmas “Game” To Avoid

Two recent articles stated that since the movie “Ouija” came out, online searches for Ouija boards have increased 300 percent, and they are on the 2014 “must have” list for Christmas presents. Parents, beware, do you really want your kids dabbling in the occult? They can easily be purchased at some chain retailers and one of the manufacturers is Hasbro.

If you say they are only toys and games, think again. According to one article published by the Inquisitr they “were invented in America at the height of the spiritual craze of the 19th century, where seances and mediums seemed to be awaiting around every corner to help contact the dead.” The late Rev. Tom Willis, who was a practicing exorcist, has stated that in the 1960’s people ended up in mental hospitals after their experiences with these boards. In 1973 the film, “The Exorcist,” was based on a true story of a teenager becoming obsessed after playing with one. I personally know two people in the present generation who became ensnared in the occult and witchcraft due to Ouija boards. One became an actual witch. She has since repented and become a Christian.

Parents and children may think of them as games. Satan, however, is using them as a tool to draw people into the occult and he is not playing around. He means business! Youth pastors need to be warning their young people. We cannot and must not assume that our Christian kids are so spiritual that they will not go buy one. I work with high school students and one who goes to my church was talking about going to the movie when it came out a few months ago. If a kid goes to the movie whose to say that he or she will not also buy a board? There are certain things that people should not do, period , and this is one of them! Don’t say, just because others have had bad experiences nothing will happen to you. You do not know the tricks of Satan.

The only people who are really laughing are the manufacturers and retailers raking in the money. These people do not care about you one iota. Whether you are a Christian or not there is a kingdom of darkness, and a Ouija board can draw you into it. Instead, follow the light of the world, Jesus, whose birth we celebrate at Christmas time.  Ouija boards need to be on the “gifts to avoid” list.

John Livingston Clark is 67 years of age and lives in central Washington State. He has written two published books, and two published poems. His initial book is called, " God's Healing Hope: Breaking the Strongholds of Wrong Thinking." His second book, released in December of 2016, is a motivational book written to seniors titled, " Seniors: Are You Retiring or Recharging?" Both books are available on amazon. You can also view his writings on www.faithwriters.com. John is available to speak on a variety of topics. Visit me at jclarkministries.com
Previous 2 Keys for Overcoming Deception
Next Hope of Peace