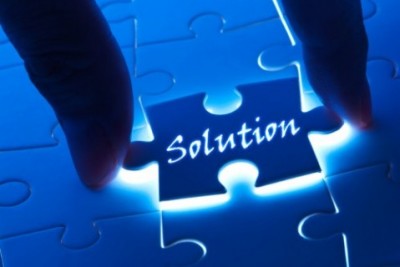 It seems impossible to believe, sometimes, that this country will ever be united again. The deep division in ideology is certain and undeniable. As long as there is group politics mentality it will be impossible to bring this nation to a spirit of unity.

Agenda driven politics will systematically dismantle America as we know it. We have fifty separate states that collectively form these United States. Yet our elected officials spend much of their time advocating special interest pet projects. This may not necessarily be a bad thing. If it is a help to our society, it means our government is doing its job.

If a specific cause creates or deepens an already present divide, it becomes a destructive act that will harm this country. Though it is impossible to please everyone, every opposing opinion is not ‘evil.’ In addition, neither is every ‘warm and fuzzy’ cause worthy of governmental attention.

The role of government – the job of our elected officials is, however, to protect and defend these United States, period. With fifty separate states that are made up of multiple millions of individual people, it is no easy task. But it CAN be done.
It will take humility, strength, and resolve… and the realization that it is not the politics that are of the greatest importance.

It is this great nation that is supposed to be the top priority.

One gets weary of constantly hearing how one side, or the other, is ‘politicizing’ an issue, or a tragedy, or scandal. Things need to be discussed. Tragedies need to be examined to ensure prevention of them recurring. Scandals, or suspected improprieties require investigation in order to keep the public trust.

Passionless people would be ineffective leaders. We need leaders who do serve with a passion for this country and its citizens. Anger is not wrong if the public trust has been violated or there is no one willing to cooperate. Theatrics and blame games, however, are counter-productive, self-serving, and a waste of taxpayer dollars.

Cooperation is not that difficult to master, if, when working together toward a goal we would remember:

Ephesians 4:2-3 2) Always be humble and gentle. Be patient with each other, making allowance for each other’s faults because of your love. 3) Make every effort to keep yourselves united in the Spirit, binding yourselves together with peace.

Melinda is currently the worship leader at her small church in rural America. Married for 23 years, she and her husband Larry have one son. She is the Director of Mailing in the print/mailing industry by day and freelance author by night. Her desire to write is a passion borne from tragedy. God used it to take her faith to a much deeper level. Melinda is a freelance writer and member of FaithWriters. She joined the TBL team in March 2014. Believing we are citizens of a greater ‘kingdom,’ her articles for The Bottom Line examine governmental responsibility, citizen involvement and current political topics. With the great wisdom contained in scripture as her guide, she looks at today’s political environment from a Biblical perspective. She prays her words will prompt the reader to view citizenship - and every aspect of their life, through the eyes of faith. Col 3:17 To read more of Melinda’s writings on her faith, hope, and life visit her blog Still Living Still Loving or her page at Faithwriters.com. You can also follow her on Twitter @MKZbk.
@@MKBzk
Previous Bummer Lambs
Next Go Tell It