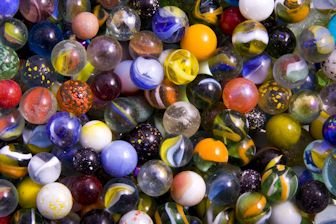 Out of the dozens of cases the past several years involving the freedom of religious expression, the following story stood out as an example of individuals standing their ground against resistance. I am going to use it to examine what the First Amendment really says about religious expression.

In Pima, Arizona, the school superintendent ruled that, after years of tradition in saying a prayer at the high school graduation, no prayer would be allowed at the one in 2014. Pima is a very small town and has a senior class of only 40 students. Nevertheless, before this decision was made, the graduating class had already voted to retain prayer at their event. In the words of one of the student leaders, “My class wanted God in our graduation, and weren’t going to take ‘No’ for an answer. The world keeps saying, ‘No to God, No to God,’ unless you’re in prison, so we said ‘Yes’ to God because He helped us throughout our entire high school career.” The student went on to say, after she heard the superintendent’s decision, “I was kind of upset because our class voted for prayer…” The parents were also very upset.

The superintendent, however, refused to reverse his decision, saying, “This is a step I take as an administrator to increase the district’s compliance with the law.” He said the main reason “is to make sure we are not violating students’ rights,” even though, according to one of the parents, no one had come forward objecting to it.

On the day of graduation, May 21st, 2014, the students were poised for action against the order of the superintendent. Two students led the entire senior class in prayer at the beginning of the ceremony, and if that wasn’t enough, they closed it in prayer too! That’s not all though, because when they went across the stage to receive their diplomas they each handed the superintendent a marble, a gesture of expression that he had lost some of his.

This situation speaks volumes about the issue of religious expression in our public school system, as well as other areas. Who was right? Who was wrong? To help answer these questions let’s quote the First Amendment exactly as it appears in the U.S. Constitution. “Congress shall make no law respecting an establishment of religion, or prohibiting the free exercise thereof, or abridging the freedom of speech, or of the press, or the right of the people peaceably to assemble, and to petition the government for a redress of grievances.”

The phrase “separation of church and state” does not appear in the amendment, so where did it come from? We must go back 200 years in American history. In 1802 Thomas Jefferson responded to the Danbury Baptist Association when they asked why he did not declare national days of fasting and thanksgiving like Washington and Adams had previously. His letter used the phrase “wall of separation between church and State.” Then in 1947 in the Everson vs. Board of Education case, the Supreme Court drew on Jefferson’s phrase, but the precise boundary has always been open to debate.

The question is my mind is, “Do we base freedom of religious expression on a phrase used 200 years ago, or on what the First Amendment says now?” I believe the answer is pretty simply. Because it was in response to a situation 200 years ago and the “wall of separation” is vague, deference must be given to what is clearly stated in the First Amendment now, in the present day. What does the amendment clearly state?

1. Congress shall make no law establishing a particular religion.
2. No one can be prohibited from free religious expression.
3. No one has the right to “abridge” the freedom of expression.

The meaning of the word “abridge” can mean: to limit, reduce, shorten, curtail, or deprive. In this situation with the graduating class at Pima High School, based on what this says, the students’ clearly knew their rights, and the superintendent was abridging those rights. The point about abridgment is often overlooked. Would this not also apply to public meetings, and activities on government property, if done by an individual private citizen? I would think so.

Religious expression by an individual or group of people must not be abridged in any way, not because of a fear of lawsuits but because the First Amendment forbids it. Government leaders and public school administrators need to do their homework and base their decisions on what the First Amendment clearly states.

John Livingston Clark is 67 years of age and lives in central Washington State. He has written two published books, and two published poems. His initial book is called, " God's Healing Hope: Breaking the Strongholds of Wrong Thinking." His second book, released in December of 2016, is a motivational book written to seniors titled, " Seniors: Are You Retiring or Recharging?" Both books are available on amazon. You can also view his writings on www.faithwriters.com. John is available to speak on a variety of topics. Visit me at jclarkministries.com
Previous Bearer of Sins
Next The Spirit is Willing but the Flesh is Weak