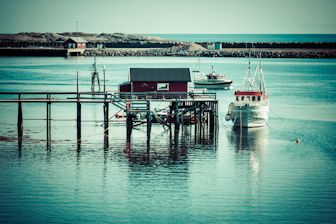 The Greatest Relief Pitcher Of All Time

The Greatest Relief Pitcher Of All Time

Several weeks ago I was sitting high above left field in the baseball stadium in Seattle, Washington, USA, waiting for a game to begin between the Seattle Mariners and the New York Yankees. I couldn’t help but think about a piece of history in reference to the Yankees and the story about one of their former players.

In 2013, the Yankees lost a team member, who was more than a great baseball player. After 19 seasons in New York, Mariano Rivera, the greatest relief pitcher in the history of the sport, retired from the pitcher’s mound. During his career he had 652 saves, was on the all-star team 13 times, and was a world series champion five times.

People often look at success without seeing the journey that one went through to become successful. Mariano grew up in a remote fishing village in Panama, where he learned some basics of baseball along the country’s gulf coast. At the age of 13 he became involved in the sport. The best pitcher on his team was giving up runs and the opposing team was scoring practically at will. The coach asked him to pitch, but he wasn’t even a pitcher. Mariano did such an incredible job that one afternoon the coach and center fielder were waiting at his home to tell him some good news. They had arranged a tryout for him, with a major league team. He said, “But I am not a pitcher.” In 1995 he was called up by the Yankees. After a rocky start, he began throwing 96-98 mile per hour fast balls.

This is a brief story of the professional success of Mariano Rivera, but there is another story that must be told because it is the one to which he attributes his success. When he was 18 he noticed a transformation in one of his cousins. When he asked his cousin the reason for his change of character he responded, “I have come to know the Lord.” If you are reading this and thinking that he got religion, no, that’s not it. He had entered into a personal relationship with Jesus Christ. Five years later Mariano did the same and “felt the Lord giving him a chance to be a different person.” As to his success as a relief pitcher he has this to say. “It has to be the work of the Lord…God wanted to use my pitching to help spread the good news about the Gospel of Jesus.”

So, what is Mariano Rivera doing now? If you think he is just hanging around with his wife on some exotic island, think again. He and his wife still live in New York City but with a new mission in life. They have started a new church called Refuge of Hope. Through this new endeavor they want to glorify God and desire that other people will experience God’s grace, mercy, and peace.

You see, dear reader, God wants to meet you at your “fishing village” and transform your life with your talent, or no talent, into one of purpose. You may not become a great baseball player, but you will experience true success.

John Livingston Clark is 67 years of age and lives in central Washington State. He has written two published books, and two published poems. His initial book is called, " God's Healing Hope: Breaking the Strongholds of Wrong Thinking." His second book, released in December of 2016, is a motivational book written to seniors titled, " Seniors: Are You Retiring or Recharging?" Both books are available on amazon. You can also view his writings on www.faithwriters.com. John is available to speak on a variety of topics. Visit me at jclarkministries.com
Previous The Shadow Of God
Next A World of Selfies