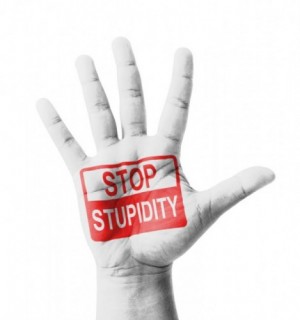 Houston Mayor Annise D Parker has placed herself smack in the middle of a firestorm. Evidently, she needs to read her Constitution again. What in the world was she thinking? What are we thinking allowing elected officials to serve subpoenas to pastors, requesting multiple forms of communications including sermons and private communications with Congregants? This isn’t American principles. In the United States, we have religious liberty…or do we?

I remember hearing the warnings on Christian broadcasting years ago that this religious oppression was happening in other countries and it would happen here before long – if we did not wake up. Apparently, we have been in a very deep sleep.
The mayor’s action came about as a result of outrage over HERO (Houston Equal Rights Ordinance). The ordinance is the city’s effort to eliminate discrimination of all kinds in Houston – which sounds like a noble effort. We certainly wouldn’t want to discriminate against anyone here in America – the home of the free.

This is a deceptive method and we have allowed ourselves to be deceived for so long that we now find ourselves facing these Constitutional violations.

The citizens of Houston collected signatures to repeal the ordinance. The city claimed there were a large number of signatures that were ‘invalid.’ This prompted the citizens to sue the city. In response, the city has decided to toss out religious freedom and the Constitution and go after pastors who are preaching the Truth.

I’m growing quite weary of elected officials replacing common sense with accommodation. They have sworn to uphold the Constitution, to protect and defend the nation, and to pass laws for the common good. What is the ‘common good?’ It is protecting society as a whole.

Yes, we live in a nation that champions individual liberty. We are free to pursue happiness. Our pursuit, however, should not be to the detriment of a safe community. The mayor and city officials in Houston must not believe they need to consider the personal modesty, convictions and safety of it’s the heterosexual citizens too? Has the world gone completely mad?

Those who support such laws are either blind to the potential dangers or just so naive that they have not considered that Robert-the-rapist could ‘identify’ himself as Robert-a, merely to gain access to female facilities? And what about that small minority of ‘haters’ who may decide make their objection known by demonstrating violence? Are we really willing to remain silent when this action defies common sense and jeopardizes safety?

25 They traded the truth about God for a lie. So they worshiped and served the things God created instead of the Creator himself, who is worthy of eternal praise! Amen… 28 Since they thought it foolish to acknowledge God, he abandoned them to their foolish thinking and let them do things that should never be done… 32 They know God’s justice requires that those who do these things deserve to die, yet they do them anyway. Worse yet, they encourage others to do them, too. Romans 1:25,28,32

There are always consequences for our choices. I wonder if the mayor has considered the consequences this action would have  on her city residents…all of them.

Melinda is currently the worship leader at her small church in rural America. Married for 23 years, she and her husband Larry have one son. She is the Director of Mailing in the print/mailing industry by day and freelance author by night. Her desire to write is a passion borne from tragedy. God used it to take her faith to a much deeper level. Melinda is a freelance writer and member of FaithWriters. She joined the TBL team in March 2014. Believing we are citizens of a greater ‘kingdom,’ her articles for The Bottom Line examine governmental responsibility, citizen involvement and current political topics. With the great wisdom contained in scripture as her guide, she looks at today’s political environment from a Biblical perspective. She prays her words will prompt the reader to view citizenship - and every aspect of their life, through the eyes of faith. Col 3:17 To read more of Melinda’s writings on her faith, hope, and life visit her blog Still Living Still Loving or her page at Faithwriters.com. You can also follow her on Twitter @MKZbk.
@@MKBzk
Previous Our Hope: Walkin’ On Through It
Next 3 Things That Hinder Our Prayers