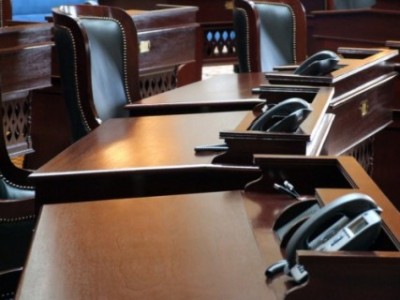 What God thinks about Government

Let everyone be subject to the governing authorities, for there is no authority except that which God has established. The authorities that exist have been established by God. Romans 13:2

God has set government authorities in the earth as we see from Romans 13:2 and He expects us to obey them. But once they cross the line and demand that we commit acts contrary to God’s Word then the Lord will expect us to not follow their directives. I am not talking about outright rebellion, but what I am saying is we must stand up for the truth of God; in the light of when we are asked by the government to take compromising actions that counteract His Word.

Let us take the classic example found in the book of Daniel:

There are certain Jews whom thou hast set over the affairs of the province of Babylon, Shadrach, Meshach, and Abednego; these men, O king, have not regarded thee: they serve not thy gods, nor worship the golden image which thou hast set up.
13 Then Nebuchadnezzar in his rage and fury commanded to bring Shadrach, Meshach, and Abednego. Then they brought these men before the king.
14 Nebuchadnezzar spake and said unto them, Is it true, O Shadrach, Meshach, and Abednego, do not ye serve my gods, nor worship the golden image which I have set up?
15 Now if ye be ready that at what time ye hear the sound of the cornet, flute, harp, sackbut, psaltery, and dulcimer, and all kinds of music, ye fall down and worship the image which I have made; well: but if ye worship not, ye shall be cast the same hour into the midst of a burning fiery furnace; and who is that God that shall deliver you out of my hands? Daniel 13:13-15

The three high ranking Hebrew officials refused to bow down and worship the king’s golden idol. This was a clear case of the government of the time, commanding these Hebrew subjects to violate God’s Word. God said there would be no other gods before me.

So, Nebuchadnezzar had the furnace heated seven times hotter than normal. The three Hebrew officials were thrown into the furnace and they should have been incinerated in the tremendous heat. But lo and behold the king looks into the furnace and sees four men walking in the fiery inferno, one looking like the Son of God. Nebuchadnezzar calls them out and he is amazed they were not burned.
Their clothes were not burned and their hair was not even singed and even more amazing was the fact that they did not even smell like smoke. The king was so taken aback; that he realized God had delivered them from his death call.

We learn from this that when we obey God’s higher law over government law and that command
violates God’s scriptural commands; that if we stand on God’s law and disobey the government edict that God will supernaturally protect us. God wants us to obey the government but not when they direct us to do something in direct opposition to His word.

Greg is a born again believer who testifies to the absolute transforming power of God's word. Greg has been called to full time ministry and He has known Jesus for most of his life. Greg received his degree in Pastoral Ministries from what was formerly Bethany University in Santa Cruz,California. View Greg blogs on iwriteforjesus.com. Greg has a book published on " To Jesus Christ the High Priest of my confession: A personal Testimony." find it on http://www.amazon.com/Christ-Priest-Confession-Personal-Testimony/dp/1507706847/ His testimony in short form is published in "Trials and Triumphs II" on http://www.amazon.com/Trials-Triumphs-II-FaithWriters/dp/1498416012/. This book is filled with 50 inspirational testimonies and is a project of Faith Writers.
Previous To Bind a Thief
Next The Greatness Of America