Breaking News
Home / Featured / Yet They Gave Thanks 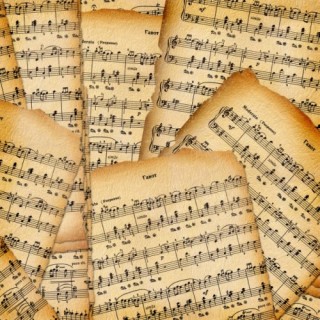 Yet They Gave Thanks

This is a story of being thankful, a story of the lives of three composers who lived centuries ago. The music they wrote lives on today, sung from hymnals in churches around the world as believers gather together on the Sabbath. When you know something of what they experienced in life, their words of thankfulness to God mean so much more.

It was in 1794, at just 5 years of age, when hymn writer Josiah Conder lost his right eye after an irreversible reaction to a small pox vaccine. For the rest of his life, reading and writing would be a challenge! Still, Conder became a successful editor, publisher, and author. He also wrote the hymn “O’ Give Thanks To Him Who Made-“The hymn includes the words:

In the path Himself hath trod,
Leading back His saints to God.

Josiah Conder understood that Christ was worthy of our thankfulness because He, too, had walked an earthly path and experienced pain and sorrow. Choosing gratitude over self-pity, Conder defied the odds and used his gift of writing to remind others to give thanks for what they had. Centuries later, his words ring true.

William Hyde was born in 1858. When still a small child, he was orphaned. Relatives took him in, raising him until he came of age and attended Harvard University. He became an ordained minister at age twenty-five. He penned the words to “Creations Lord, We Give Thee Thanks.” One verse of this hymn says:

Beyond the present sin and shame,
Wrongs bitter, cruel, scorching, blight,
We see the beckoning vision flame,
The blessed kingdom of the right.

William Hyde, orphaned early, gave thanks for forgiveness and adoption by God into His family.

Isaac Watts, born in the 17th century, began to suffer from mental illness as a young adult. He was frail, overly thin, and just five feet tall. He was rejected by the one woman he proposed marriage to, and he carried the embarrassment of his own father’s imprisonment for his beliefs. He even remembered his mother sitting on the jail steps, nursing one of her babies. He experienced much pain and rejection, yet Isaac Watts wrote over 500 hymns, including “Is This The Kind Return?” The first verse of this hymn is probing:

Is this the kind return,
And these the thanks we owe,
This to abuse eternal love,
Where all our blessings flow?

Three composers who each lived in a world long ago, very different from ours. Yet, it was the same in the face of trials, sorrows, rejections and losses, things familiar to each of us. In their own pain, these men allowed themselves to be used of God to compose beautiful hymns that speak to us now—centuries later.

These men are just three examples of thankfulness and gratitude that so many have shown throughout the ages. Many have faced adversity, turmoil, and pain, yet found it in their hearts to see the goodness of God in the midst of their trials. Life holds the same choice today. The situations we face may be different in nature, but the truth doesn’t change. We can see the good in our lives and be thankful! Today, as we gather with family and friends around our tables, may we truly be thankful–in all things!

A Thanksgiving message from others who knew the secret of thankfulness in all things:

My husband Dan and I have three children and three grandchildren. We live in central Illinois. I am a graduate of The Institute of Children's Literature, a member of faithwriters.com, and a member of SCBWI. My writings have been published at chirstiandevotions.us, in DevotionMagazine, the PrairieWind Newsletter, and here at thebottomline.co.
Previous A Healthy Holiday
Next Be Thankful, But Remember Those Without