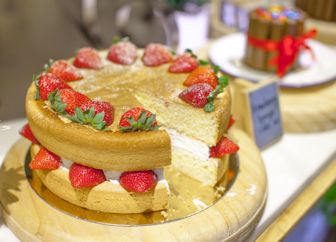 What do a bakery in Oregon and Colorado, a florist in Washington, and a photo studio in New Mexico all have in common? They have all been victims of lawsuits by the homosexual community for not serving gay couples. The judges that ruled in these cases, along with the gay couples, should all come to Indiana to see how it is supposed to work.

In Indianapolis, Trish and Randy McGath own and manage One Eleven Cakery. Trish is a former cake decorator instructor, and her shop has a reputation for savory cakes and elaborate decorations. Like many bakery owners, she knew that the day would come when she would have to decline service to a gay couple.

Recently she got such a request. It was turned down because “…When asked to do a cake for an occasion or with a theme that’s in opposition with our faith, it’s hard for us. We struggle with that.” This includes not only gay weddings but also alcohol, drug, or violence-related messages.

So, what did the gay couple do? The two men simply went elsewhere, explaining, “We found someone that would do it for us, so we’re going to focus on the good.” They did post their experience on Facebook but did not make a legal case out of it.

Trish and Randy McGath can sleep well at night knowing that they stood by their convictions. Both parties involved made the correct decision. Kudos go to the cake shop and the gay couple for being an example to the nation, judges, and gay community. The bakery owner was able to conduct her business without violating her convictions, and the gay couple got a nice cake made somewhere else. All are happy campers.

John Livingston Clark is 67 years of age and lives in central Washington State. He has written two published books, and two published poems. His initial book is called, " God's Healing Hope: Breaking the Strongholds of Wrong Thinking." His second book, released in December of 2016, is a motivational book written to seniors titled, " Seniors: Are You Retiring or Recharging?" Both books are available on amazon. You can also view his writings on www.faithwriters.com. John is available to speak on a variety of topics. Visit me at jclarkministries.com
Previous School Funding (And the Christian Way)
Next Steven Curtis Chapman