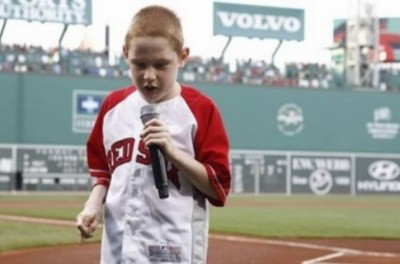 Just recently, by His Holy Spirit, God has been impressing upon me that everything, yes, everything, has a purpose in His plan.  Even the most seemingly unfair, tragic, or puzzling happenings – big and small – have a part.  Somehow, all of it works together fitting perfectly into His great design.

Christine Duffley learned about the birth of her nephew, Christopher, in May, 2001.  He was born 26 weeks premature weighing in at one pound, twelve ounces.  If that wasn’t enough of a challenge for one so young, he carried a host of other problems including total blindness and cocaine in his blood.  This little guy’s father, Christine’s brother, struggled with his own problems. He was not interested in keeping this child or keeping in touch with his relatives.

As time passed, God started tugging at Christine’s heart.  Her first response was fear; but, she started praying for Christopher.  She suspected that he might have been put into the foster care system and indeed found him there.  After praying the prayer of Jabez (1 Chronicles 4:10) and asking God what He wanted her family of six to do, doors for adopting this young boy began to open.  It seemed God had a special plan for this little one and the Duffley family.  They finalized the adoption when Christopher was 14 months old.  Christine found comfort in the challenges as she pondered Matthew 18:5.  Shortly after the adoption, Christopher tested positive for autism, on top of everything else.

As he grew, it became more and more apparent that Christopher’s strong point was keeping a beat and singing even though he didn’t talk until he was in first grade.  The family was delighted when he sang – especially when they found out he had perfect pitch.  Tears of great joy overflowed.

But that isn’t the end of the story.  As Christopher approached his thirteenth birthday, 2014, Christine blogged about this blind, autistic young tween being able to “at least button one large button and unbutton about four smaller buttons in a row.  Shoe tying, belt buckling and writing his name are in progress“.  Even with these challenges, Christopher is very much in the limelight.  He has sung at many high profile places including World Outreach Church in Murfreesboro, Tennessee.

God is a master planner.  Every big and little thing is under His control.  All (positive and negative) things work together for our good and are according to God’s good plan for our lives. (Romans 8:28)  He is never surprised and He always has a perfect solution to every challenge.  He knows what He is doing and I hope you will find peace in these few bits of truth.  I know I do.

What unjust, tragic, inopportune event has you reeling these days?  Can you believe God knows how this works into His scheme of things and that it fits in perfectly for the advancement of His plans?

I just love walking outdoors - day or night. I identify most with the creative side of God and am energized by His artistry all around this world. He amazes me every time I turn around! Yeah, God and thank you, Jesus.
Previous The Two Sources of Supernatural Power
Next 7 Lessons the Lord Taught Me from Observing Birds